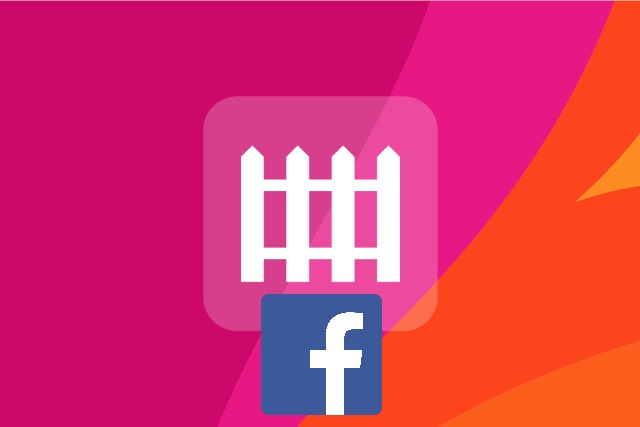 Facebook has been completely inescapable in the news over the last couple of weeks, and there are increasing concerns that the social network is all but inescapable online generally. In the wake of recent privacy concerns about Facebook, Mozilla -- already petitioning for Mark Zuckerberg to do more -- has launched a new extension for Firefox that helps to keep your browsing private.

Called "Facebook Container", the add-on has been designed to make it much harder for Facebook to track your web browsing when you're not using the social network.

The timing of the release of Facebook Container is extremely interesting, but Mozilla says that it is based on technology it has been working on for a couple of years. The company says that development was accelerated in response to "growing demand for tools that help manage privacy and security".

But what does Facebook Container do? In short, Mozilla says that it enables you to be "connected on your own terms" -- so what does this mean?

Mozilla explains what the problem is that it's trying to address:

The pages you visit on the web can say a lot about you. They can infer where you live, the hobbies you have, and your political persuasion. There's enormous value in tying this data to your social profile, and Facebook has a network of trackers on various websites. This code tracks you invisibly and it is often impossible to determine when this data is being shared.

While there's not much you can do to prevent Facebook from recording information about you as you use Facebook, there are steps you can take to prevent it recording your activity elsewhere. Mozilla says:

Facebook Container isolates your Facebook identity from the rest of your web activity. When you install it, you will continue to be able to use Facebook normally. Facebook can continue to deliver their service to you and send you advertising. The difference is that it will be much harder for Facebook to use your activity collected off Facebook to send you ads and other targeted messages.

This Add-On offers a solution that doesn't tell users to simply stop using a service that they get value from. Instead, it gives users tools that help them protect themselves from the unexpected side effects of their usage. The type of data in the recent Cambridge Analytica incident would not have been prevented by Facebook Container. But troves of data are being collected on your behavior on the internet, and so giving users a choice to limit what they share in a way that is under their control is important.

Install Facebook Container and you will be logged out of your account, and your Facebook cookies will be deleted. When you next visit the social network, it will happen in a blue-colored "container tab" that is essentially sandboxed. External links will open in a normal tab outside of the container, preventing that information from being shared with Facebook.

In addition, websites that allow you to create an account or log in using your Facebook credentials will generally not work properly. Because this extension is designed to separate Facebook use from use of other websites, this behavior is expected.

What does Facebook Container NOT protect against?
It is important to know that this extension doesn't prevent Facebook from mishandling the data that it already has, or permitted others to obtain, about you. Facebook still will have access to everything that you do while you are on facebook.com, including your Facebook comments, photo uploads, likes, any data you share with Facebook connected apps, etc.

Rather than stop using a service you find valuable, we think you should have tools to limit what data others can obtain. This extension focuses on limiting Facebook tracking, but other ad networks may try to correlate your Facebook activities with your regular browsing. In addition to this extension, you can change your Facebook settings, use Private Browsing, enable Tracking Protection, block third-party cookies, and/or use Firefox Multi-Account Containers extension to further limit tracking.

The extension is a simple idea, and one that's likely to prove popular.