The Redstone 4 branch of Windows 10 -- the Spring Creators Update -- has reached RTM, and will begin rolling out to non-Insiders around the April 10.

For those users already looking to the future, Microsoft is already pushing out builds for the following feature update, codenamed Redstone 5. Build 17634, for users on the Skip Ahead ring, adds search functionality to the calendar and a number of other improvements and fixes.

The search feature lets you find events by searching for the name, location, people included, or words in the body text. Events that match what you’re looking for will be clearly visible, while everything else will be greyed out. 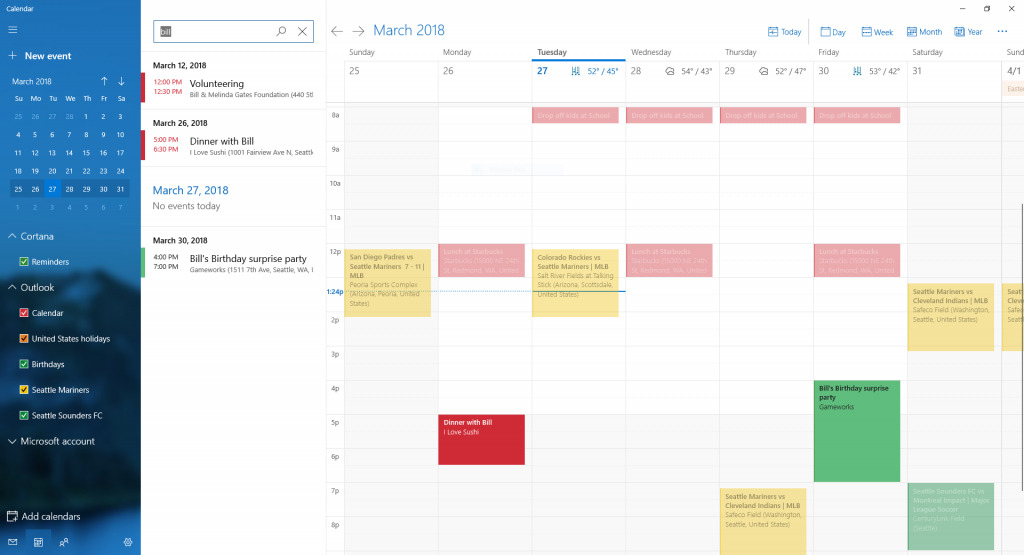 The new feature will work for Outlook, Hotmail, Live and Office 365 accounts, and support for other calendars will be added in the future.