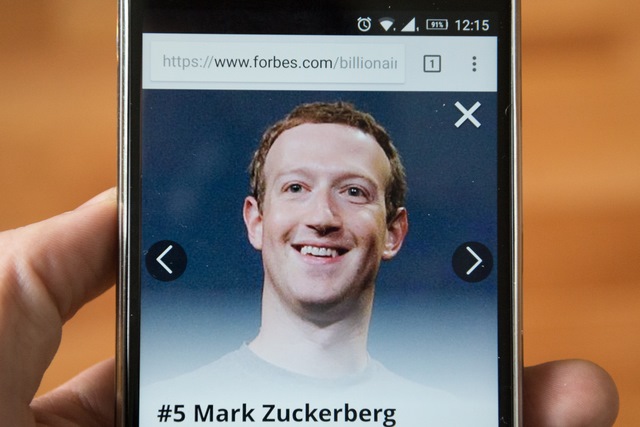 Facebook CEO Mark Zuckerberg is due to testify before Congress on Wednesday, and ahead of this the House Energy and Commerce Committee has released his prepared statement. He talks about the Cambridge Analytica data scandal as well as Russian interference in elections.

In the statement, Zuckerberg acknowledges that Facebook did not do enough to prevent the misuse of the social network's tools. He also personally accepts responsibility for recent failings at the company, saying: "It was my mistake, and I'm sorry. I started Facebook, I run it, and I'm responsible for what happens here."

Spanning seven pages, Zuckerberg's statement starts off by saying that "Facebook is an idealistic and optimistic company" and that its initial aim was simply to connect people. He says that while the platform has been a powerful tool for good, there have also been failings.

It's clear now that we didn’t do enough to prevent these tools from being used for harm as well. That goes for fake news, foreign interference in elections, and hate speech, as well as developers and data privacy. We didn't take a broad enough view of our responsibility, and that was a big mistake. It was my mistake, and I'm sorry. I started Facebook, I run it, and I'm responsible for what happens here.

He goes on to talk about the improvements and changes that Facebook has already introduced and plans to bring in.

Zuckerberg acknowledges that Congress will "rightfully have some hard questions for me to answer," and that's something that we'll see over the next couple of days. His testimony ends with a couple of curious sentences:

I realize the issues we're talking about today aren't just issues for Facebook and our community -- they're challenges for all of us as Americans. Thank you for having me here today, and I'm ready to take your questions.

It will be extremely interesting to hear what questions follow.

You can read through Zuckerberg's full testimony on the House of Representatives website.