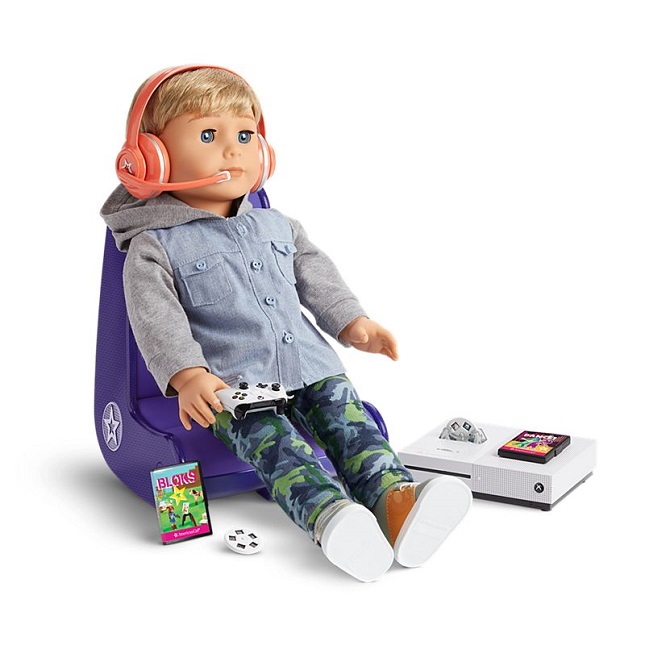 Growing up in the 80s and 90s, I remember video games being considered a "boy thing." This was just marketing -- of course girls liked gaming too. Sadly, games that were designed for girls were often terrible. It seemed like developers thought they could use, say, Barbie as a way to sell garbage games to this particular demographic. The truth is, girls enjoyed playing the same games as boys -- Super Mario Brothers, Street Fighter, etc. Ultimately, there was no need to market games based on the player's gender.

These days, the old stereotypes are largely gone, though not entirely. Seeing a girl or woman play a video game should be unremarkable, although there are still trolls that feel threatened by it and harass female gamers. In other words, there is still work to do. Thankfully, as time marches on, girls are being increasingly empowered to embrace video games. Today, wildly popular doll-seller American Girl unveils a really cool accessory kit that reinforces the fact that girls can enjoy gaming. The "Xbox Gaming Set," as it is called, lets the owner turn their doll into a gamer. How cool is that?

The kit contains the following.

When I first saw this, I thought it was both cute and cool. When I discovered the the faux console actually works as a projector, however, I thought the set was incredible. OK, true, it is a very gimmicky low-tech projector, but still, it is neat that it actually functions beyond being a hunk of plastic. Quite frankly, I can see Xbox fans buying it as a collectible even if they don't own an American Girl doll.

If you want to buy this American Girl "Xbox Gaming Set" for your son, daughter, or yourself, you can grab it here. It is a bit expensive at $50, but how can you put a price on gender equality?