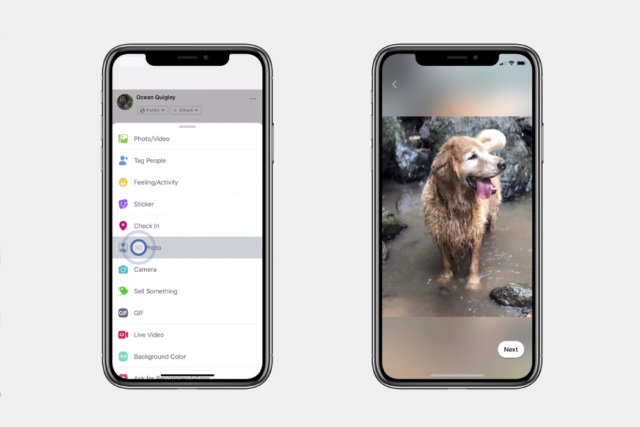 A new option is in the process of rolling out to Facebook users around the world: the ability to post 3D photographs. The key attraction here -- apart from the fact that 3D images look kind of cool -- is that no special equipment is needed.

Of course, you have to be realistic with your expectations. The new 3D photos feature does not create interactive, fly-through images or anything fancy like that. Rather it plays with parallax effects to create the illusion of depth that you can enjoy by scrolling, panning and tilting your phone.

While no "special equipment" is needed, you will need to have a compatible smartphone with a dual lens camera. Facebook highlights iPhones as being suitable, and more handsets will be supported in the future. The 3D effect makes use of the depth maps stored in photos, and Facebook says that the results is "like you're looking through a window".

The roll out of the feature has started, and everyone can now experience 3D photos on their phones. However, the ability to take such images will be making its way to users over the coming weeks.

To check to see if you have the option available, fire up the Facebook app on your phone and create a new post. From the list of post options (Photo/Video, Tag Friends, Check in, Poll, and so on) select 3D Photo; iPhone users can then select a photo from the Portraits folder.

The company offers the following tips about taking the best photos:

3D Photos use the depth maps that are stored with "Portrait" photos taken on iPhone 7+, 8+, X or XS. You'll get the best results if your main subject is three or four feet away, and to really make it pop, try to capture scenes with multiple layers of depth, including something in the foreground and something in the background -- like a shot of your family standing in a field of flowers.

You'll get more of the 3D effect when your photo's subject has contrasting colors -- for example, someone wearing a blue shirt standing in front of a blue wall won't pop as much as someone wearing a different color.

Some materials and subjects make better 3D photos than others. You'll get the best results from subjects that have some texture to them, have solid edges, and aren't too shiny. Try to avoid transparent objects like clear plastic or glass, as they aren’t always accurately captured by depth sensors.

Take a look at Facebook's post of the feature to see the 3D effect in action.