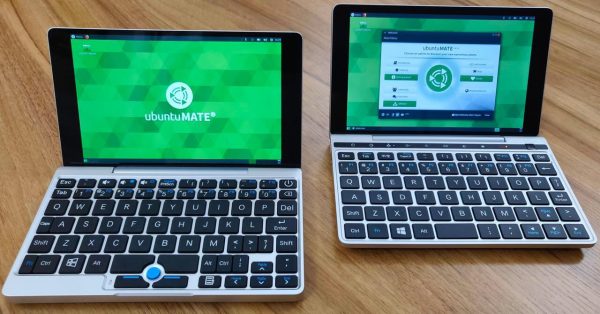 Just yesterday, Ubuntu 18.10 was released. "Cosmic Cuttlefish," as the operating system is called, is available in several flavors featuring various desktop environments other than the stock GNOME -- Xfce (Xbuntu), KDE (Kubuntu), and more.

One such variant, Ubuntu MATE 18.10, is popular thanks to its low system requirements -- it works very well on meager hardware. To highlight just how adaptable the operating system is, a special image has been released for both the GPD Pocket and GPD Pocket 2. If you aren’t familiar with these mini-laptops, please know they are essentially what used to be called a "Palmtop."

"The Ubuntu MATE team offers a bespoke image for the GPD Pocket and GPD Pocket 2 that includes the hardware specific tweaks to get these devices working 'out of the box' without any faffing about. The GPD Pockets were very successful crowd funded netbook style laptops featuring a high resolution 7-inch touch display housed in an aluminum alloy body," says Martin Wimpress, Ubuntu Mate.

Unfortunately, there are some bugs, which Wimpress shares (hilariously) below.

If you already own one of these diminutive devices, or you are now planning to buy one to use with this special Ubuntu MATE version, you can download the image here. Just scroll down until you see "GPD Pocket."