Twitter is bringing back the reverse chronological timeline starting today 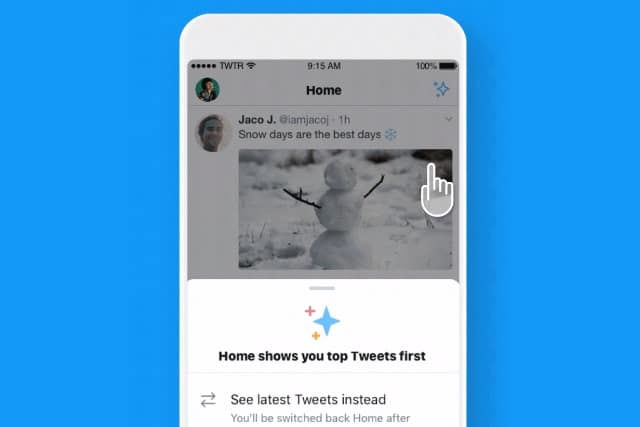 For those who like simple chronology, Twitter's insistence on delivering tweets in an algorithm powered order that is seemingly random has long been a source of frustration. Today, the social site launches a new way to switch between reverse chronological order or the algorithm-driven "top tweets" ordering.

To allow for easy switching between the two modes, Twitter is rolling out a new "sparkle" button to its mobile app. The change is being made available to iOS users first, but Android owners will not be far behind.

The option has been in testing for a number of weeks, but is now thought ready for primetime. Twitter shared the news in a tweet and -- aside from repeated calls for an edit button to be added to the service -- the reply thread is largely very positive. In the tweet, reference is made only to the iOS and Android apps, so it's not clear when -- or if -- the option will arrive on the web (although it's hard to imagine it won't at some point.

New on iOS! Starting today, you can tap ✨ to switch between the latest and top Tweets in your timeline. Coming soon to Android. pic.twitter.com/6B9OQG391S

The easy-switching will be welcomed in particular by Twitter users who tend to prefer the algorithm-driven timeline, but need to switch to reverse chronological mode to make it easier to follow live events.

While it has been possible to switch between modes for a little while, this has required digging in settings. The new sparkle button brings it out of the shadows, making it more likely that people will see it and take advantage of it.