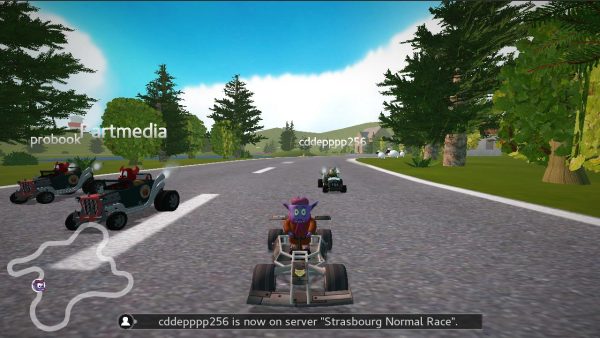 While I appreciate hardware makers and game developers pushing the boundaries of what gaming can be, it is important to remember one important fact -- fun trumps all. In other words, it doesn't matter how much processing power a computer or console has, or how beautiful a game's graphics are, if it isn't fun to play! That's probably a big reason why retro-gaming is so popular these days.

For Linux users, gaming is getting much better these days, especially with Steam support. One game in particular, however, has brought much joy to Linux users without the need for high-end graphics cards. Called "SuperTuxKart," it is essentially an open source clone of Mario Kart, that is simply fun to play. While the title character is the Linux mascot, there are Windows and macOS versions too. Thankfully, the game is about to get even better, as networking is being added -- allowing you to play against others over LAN or the internet. Today, following an alpha period, that feature finally becomes available in beta, with version 0.10-beta1.

"We are now confident that our code is stable enough for a beta release: 0.10-beta1. This means that we will provide our usual set of binaries and installers for all supported platforms. And hopefully that means that many more people will be able to test this current version. Note that we consider this beta very stable, de-facto very close to a release candidate. But we are waiting for another track to be ready to be included, so we are using this time to give more players the opportunity to test (or re-test) our online racing implementation," says Joerg Henrichs, Project Lead.

Henrichs further says, "The network implementation is actually quite sophisticated, but there are still limits in what we can do about the latency (or ping) between clients and servers. We strongly recommend to find a server with a ping of under 150ms for a smooth playing experience. The ping to the server will be shown when you connect to it. You can of course try servers with higher latency - while it should still work, you might notice more often that karts stutter, drive like drunk (though that might of course also be the skill of the other players) or are 'teleported' around. In addition you need a stable connection, so if you experience significant packet loss or jitter you will see the same strange behavior." 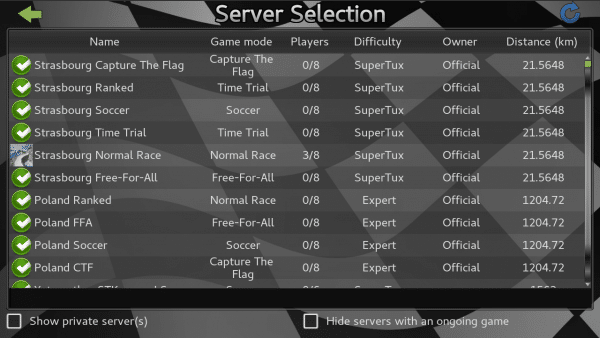 The SuperTuxKart developers share the following features that have been added since the last stable release.

If you are interested in the beta of SuperTuxKart with the networking functionality, you can check it out here. It is currently frozen from a feature perspective, and the developers promise it is very stable.