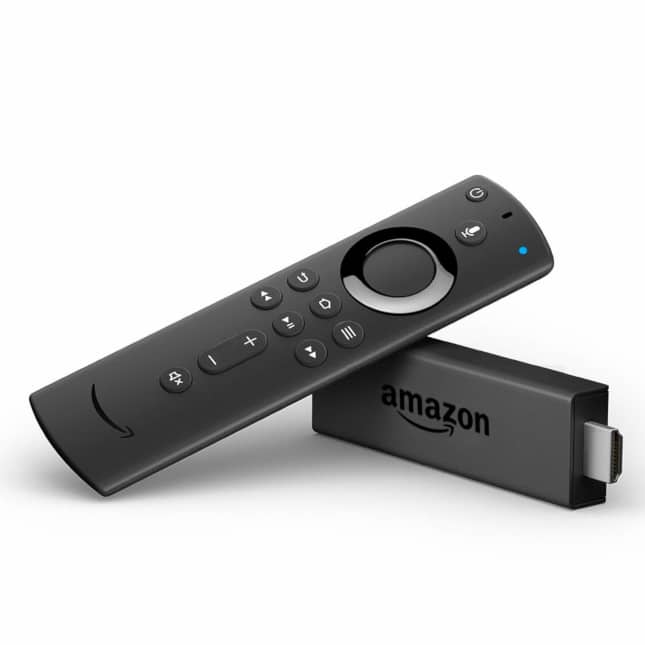 Amazon founder and CEO Jeff Bezos may be having a difficult time in his personal life right now, but professionally, the multi-billionaire is doing phenomenally. Amazon's stock is through the roof, and  there seems to be no slowing down the online retailer. Long gone are the days when the company just sold books and other manufacturers’ products -- these days, Amazon offers its own hardware and services. Not only is its line of Echo speakers wildly profitable, but there is Kindle, Fire HD tablets, and Fire TV media devices too.

One of Amazon's greatest devices is the Fire TV Stick. This little HDMI dongle is insanely affordable at just under $40, while offering access to many popular streaming media services, like Netflix, Hulu, and its own Prime Video. Seriously, folks, even though this particular model doesn't offer 4K video playback, it is still a great value. Today, Amazon announces that the popular Fire TV Stick will soon come with the amazing Alexa Voice Remote. That must mean the company is raising the price, right? Actually...

No. Believe it or not, even with the upgraded voice-capable remote, the price remains at $39.99! In other words, what was already an unbelievable value is getting even better. Keep in mind, that remote normally costs $29.99 on its own. In light of this, starting today, Amazon is temporarily slashing the price of the standalone Alexa Voice Remote to just $14.99 -- yeah, half off! You can grab that remote [amazon_textlink asin='B07B6L2QCF' text='here' template='ProductLink' store='betanews02-20' marketplace='US' link_id='3dd0a1b8-139a-4b4e-9b86-57f166b84854']. Unfortunately, the Amazon Fire TV Stick bundled with Alexa Voice Remote won't go on sale until January 23 -- if you live in Canada, Germany, India, Japan, United Kingdom, or the USA. Luckily, you can pre-order it [amazon_textlink asin='B0791TX5P5' text='here' template='ProductLink' store='betanews02-20' marketplace='US' link_id='70d92231-cc20-4df5-9e96-f9baed179773'] starting today. If you want to make sure you score this new bundle without dealing with a backorder, I would recommend pre-ordering ASAP as it should prove to be quite popular -- the early bird gets the worm, as they say.