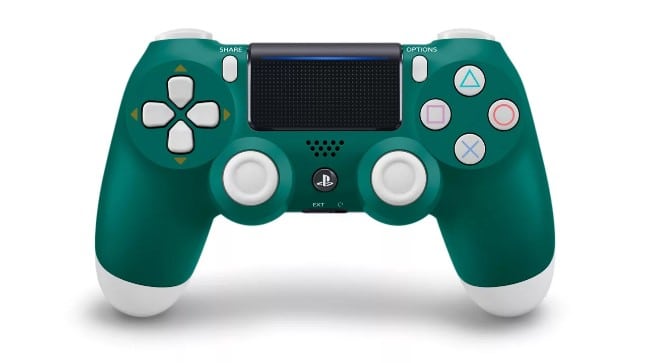 Poor Microsoft. The company tries hard with Xbox One, but Sony's PlayStation 4 consistently outsells it in both USA and Japan. Why is this? Probably because PS4 mostly focuses on gaming, while Microsoft tries to push Xbox One as an entertainment device. Yeah, PS4 is a media device too, but that is secondary. Not to mention, Xbox One runs a version of the much-maligned Windows 10. Ultimately, hardcore gamers just seem to prefer PlayStation.

One definite way that PS4 is better than Xbox One is the controller. Sony's DualShock 4 is comfortable, sleek, and familiar. Hell, it even has a revolutionary touch pad. Microsoft's Xbox controller is good too, but it pales in comparison to the PlayStation 4's offering. Today, Sony unveils a new Alpine Green color for its iconic DualShock 4, and it looks damn good.

We're happy to announce that Alpine Green is joining the DualShock 4 wireless controller lineup next month. The new controller features a contrasting green and white color with golden arrows around the directional buttons. Pick one up to refresh your setup this spring and add some extra style to your play!