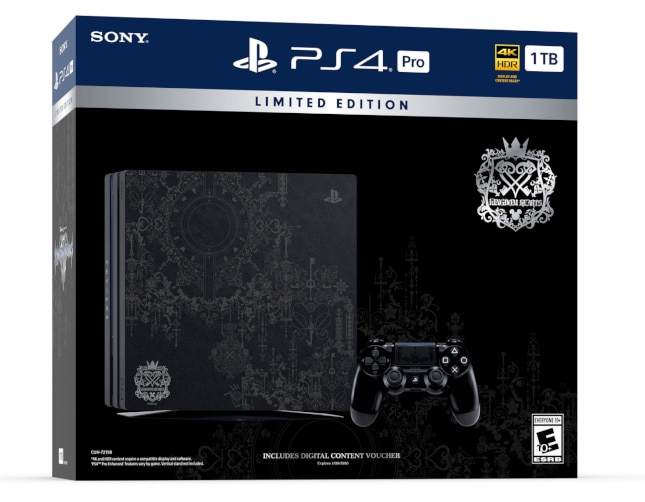 Sony is no stranger to limited edition consoles. The company has released countless versions of its PlayStation devices over the years with special colors and designs. For instance, earlier this year, the company released a really cool Spider-Man PS4 Pro.

Today, Sony announces yet another limited edition PlayStation bundle, this time a PS4 Pro featuring artwork inspired by the upcoming Square Enix game Kingdom Hearts III. Even if you aren't a fan of the Kingdom Hearts franchise, it must be admitted that the designs of both the console and included controller are quite beautiful.

"It's just about a month until we embark on another spectacular journey with Sora, Donald Duck and Goofy in a magical array of Disney and Pixar worlds in Kingdom Hearts III. In anticipation, we're pleased to announce that the Limited Edition Kingdom Hearts III PlayStation 4 Pro bundle will be launching in the U.S. and Canada alongside the game on January 29, 2019," says Mary Yee, Vice President, Marketing. 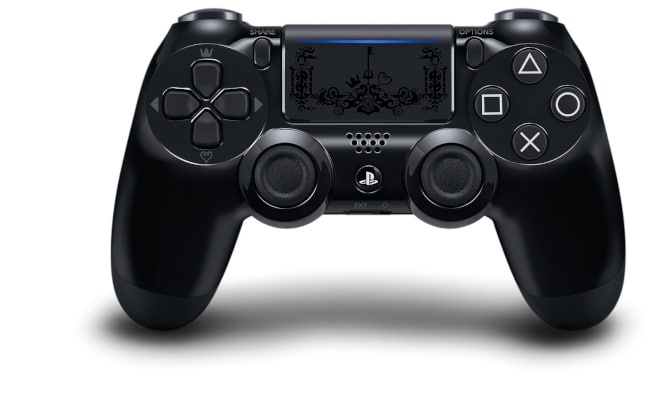 Yee further says, "This bundle includes a fully customized 1TB PS4 Pro system with a special design that features iconic Kingdom Hearts elements, a matching DualShock 4 wireless controller, a copy of Kingdom Hearts III on Blu-ray disc, and access to PS4 exclusive digital content. On PS4 Pro, both 4K TV and HDTV owners will benefit from enhanced resolution for a stunningly sharp and detailed look of Sora, his friends, and iconic Disney-Pixar worlds, when compared to a standard PS4 system."

If you want to reserve your own PS4 Pro Kingdom Hearts III Limited Edition Bundle, you can pre-order it here for $399.99. It is exclusive to the much-maligned Gamestop -- the retailer notorious for paying pennies on the dollar to buy used games. If you dislike that store, unfortunately, it will be the only place to buy the console in the USA.