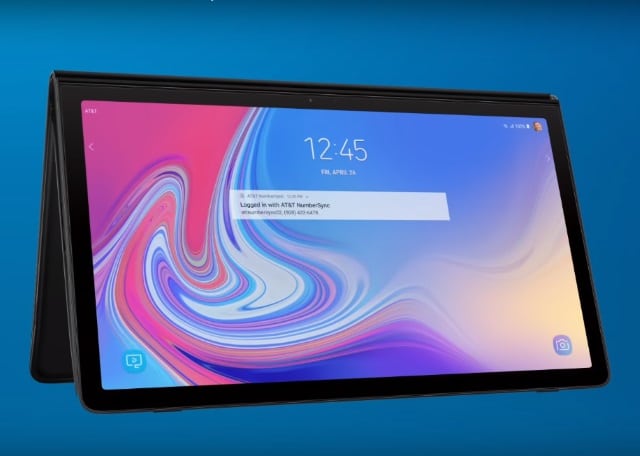 As the launch of the Samsung Galaxy Fold is proving to be something of a disaster, the company will be only too happy at anything which can serve as a distraction. Well, here's the Samsung Galaxy View2, an Android tablet that features an extraordinarily large 17.3-inch screen.

Following on from 2015's Galaxy View (which was even larger at 18.4 inches), this yet-to-be-released tablet is due to make its way to AT&T at some point in the future. And, thanks to the telecoms firm, we know pretty much everything we need to about specs in advance.

A series of renders of the Galaxy View2 leaked out, but then AT&T went ahead and released a video that shows off the tablet over the course of more than two and a half minutes. The tablet features a kickstand, 64GB of storage, a sizeable 12,00mAh battery, quad speakers and LTE connectivity -- and, of course, the monstrous HD display.

Check out the Galaxy View2 in all its colossal glory in AT&T's video:

What we don't know at the moment is just when the Galaxy View2 will be released, or how much it will cost. Watch this space for more details as they come in.