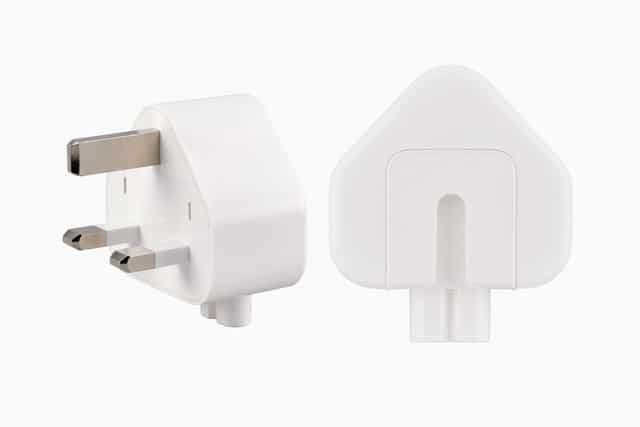 Apple has announced a voluntary recall of some of its AC wall plug adapters and Apple World Travel Adapter Kits over fears that they could cause electric shocks.

While the number of known incidents is low -- Apple says there have been just six worldwide -- there is a risk of the wall plug adapters breaking and causing a shock if touched. The recall relates solely to three-prong wall plug adapters, not USB power adapters. Anyone who has one of the adapters can obtain a replacement free of charge.

Announcing the recall and exchange program, Apple says: "Apple has determined that, in very rare cases, the Apple three-prong AC wall plug adapters designed primarily for use in the United Kingdom, Singapore, and Hong Kong may break and create a risk of electrical shock if exposed metal parts are touched. This wall plug adapter shipped from 2003 to 2010 with Mac and certain iOS devices, and was also included in the Apple World Travel Adapter Kit".

The affected adapters are completely white in color, while newer versions are white and gray. The new models also feature letters in the slot on the rear of the plug, while old ones do not.

You can find out more about the program, compare images of the new and old adapter design, and find out how to obtain a replacement over on the Apple Three-Prong AC Wall Plug Adapter Recall Program page.

One Response to Shocking! Apple launches voluntary recall and exchange program for some power adapters