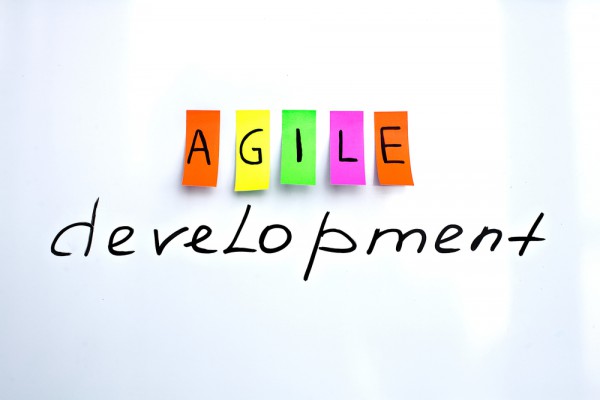 Agile is clearly becoming the norm in the development community according to the findings of a new report from CollabNet VersionOne which has been charting the agile landscape for 13 years.

The report shows 97 percent of organizations now practicing agile development methods. That's not to say its use is universal, however, only 22 percent of respondents report that all their teams are agile, 26 percent more than half and 48 percent less than half.

Accelerating software delivery is given as the top reason for adoption (cited by 74 percent of respondents), but other reasons include improving team morale (34 percent), reducing project risk (28 percent) and better managing distributed teams (19 percent). The study also shows a 71 percent increase in project cost reduction as a primary reason to adopt agile.

This ties in with what are seen as the benefits of adopting agile, with ability to manage changing priorities topping the list for 69 percent of respondents, followed by project visibility on 65 percent, and business/IT alignment and team morale both tied on 64 percent.

The Scrum methodology is used by 54 percent of respondents with a further 10 percent using a Scrum/Extreme Programming hybrid.

Agile is now usually associated with DevOps and 73 percent of respondents say that they currently have a DevOps initiative in their organization or are planning one in the next 12 months (compared to 71 percent last year). Additionally 90 percent say DevOps transformation is important to their organization.

The company notes on its blog, "Looking back over the years, it is incredible to see the changes and additions to the report, as Agile adoption has grown and evolved. It's hard to believe just a few years ago DevOps was not prominently featured, yet this year's report states that 73 percent of respondents are either planning a DevOps initiative or have one currently underway. DevOps and Agile have grown increasingly intertwined as organizations seek to both develop and deliver quality software more efficiently, with greater speed and providing greater value to customers."

The full report is available from the CollabNet VersionOne site.