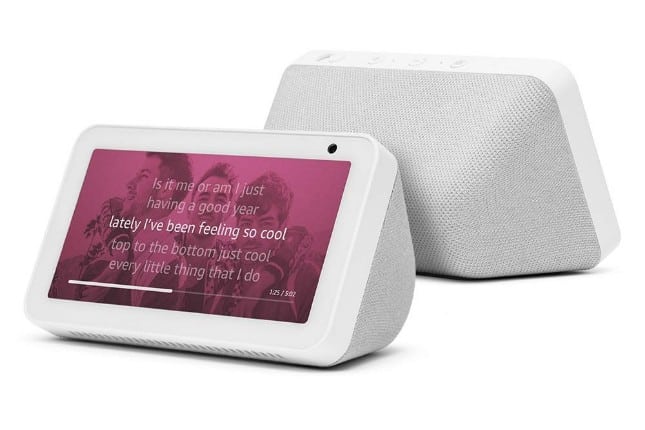 Earlier this month, Google announced the Nest Hub Max -- voice assistant hardware with a camera and touch screen -- and I was instantly intrigued. At the same time, I was also very scared of it. After all, Google makes its money through tracking users' activity and by displaying advertising -- did I really want that company having a camera in my house? No, of course not. Despite the claims of hardware switches to disable the camera, I quickly made up my mind to not buy it when it goes on sale.

Amazon has a similar device called Echo Show, and today it announces an additional model. Called "Echo Show 5," it has a smaller screen (5.5 inch) and even smaller price tag. It is an adorably small Alexa device with an HD camera. Unlike the round Echo Spot, Echo Show 5 has a more useful rectangular screen. As someone who owns many Echo devices, and trusts Amazon a bit more than Google, I think I might invite Echo Show 5 into my house. I wouldn't want the camera watching my family 24/7, so thankfully I can take control of my privacy by sliding the included shutter over the lens -- an old-school (yet effective) means of blocking a camera.

"Echo devices are built with multiple layers of privacy protections. As with all Echo Show devices, the new Echo Show 5 includes a microphone/camera off button that electronically disconnects both the microphone and camera, and a clear visual indicator that shows when audio or video is streaming to the cloud. Plus, Echo Show 5 has a built-in camera shutter so you can easily cover the camera, while still being able to talk to Alexa," says Amazon.

The online book-seller further says, "Amazon is also introducing new, even easier ways to delete your voice recordings on all Alexa-enabled devices -- simply say, 'Alexa, delete everything I said today' and the respective recordings will be deleted. Coming soon, customers will also be able to delete their last request by saying, 'Alexa, delete what I just said.' The new Alexa Privacy Hub also offers a single source of information on how Echo devices are designed and the controls you have over your Alexa experience." 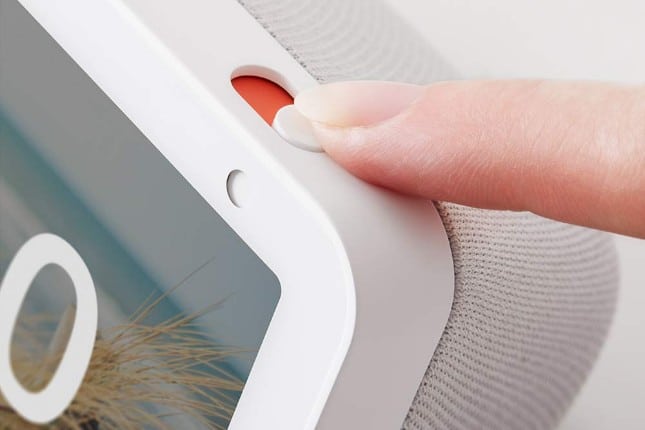 Since we launched the first Echo Show device, customers have told us they love asking Alexa to show them things --whether it's a recipe for banana bread, their shopping list, or music lyrics. With Echo Show 5, we've made it even easier and affordable for customers to add a smart display to every room of their house. The compact form factor is perfect for a bedside table or desk, plus it has a camera shutter for added peace of mind, and new Alexa privacy features for even more control. 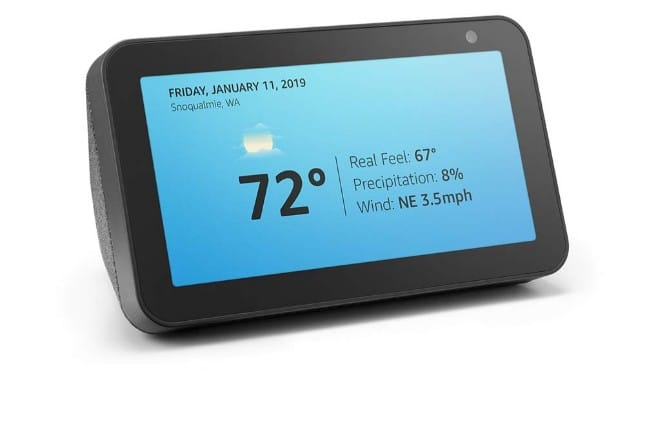 Amazon seems to be doing everything right with the Echo Show 5. It is very affordable at just $89.99, and it comes in two colors -- black (Charcoal) or white (Sandstone) -- making it easier to match the decor in a bedroom or living room. Best of all, the focus on privacy is very refreshing. The lens shutter is great, but so too are the new abilities to easily delete your Alexa history. While Echo Show 5 won't be available until June 26, you can pre-order it here now.