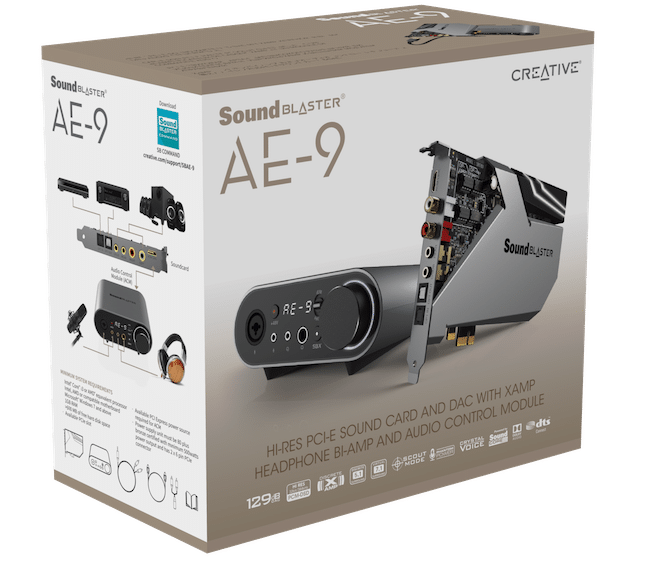 Can you believe that Creative has been making Sound Blaster cards for 30 years? It's true! The year 2019 marks a 30th year for the company's revolutionary sound card brand. Way back in 1989 -- before some of you were born -- the Sound Blaster 1.0 card was released, and it changed everything. Quite frankly, in all these years, no company has come close to matching Creative's dominance in this market. True, sound cards have become less of a necessity and more of a luxury these days, but still, Creative remains king of the hill.

Wanting to celebrate this amazing milestone, Creative is launching two new cards -- The Sound Blaster AE-9 and AE-7. While both look very impressive, the former is the obvious flagship. All things considered, the Sound Blaster AE-9 is likely the best card the company has ever produced. Creative brags that AE-9 uses "CleanLine Technology," which will provide superior microphone clarity thanks to special noise-blocking circuitry -- great for podcasters, steamers, and musicians. The drool-worthy AE-9 even has upgradeable/removable OpAmps!

"Sound Blaster AE-9 is Creative's flagship PCI-e sound card, and it more than delivers on its promise to gratify the needs of pro-gamers and pro-audio users. It uses audiophile-grade components such as the top-of-the-range ESS 9038 SABRE-class reference DAC that delivers up to 129 dB DNR, PCM 32-bit 384 kHz sampling, DSD64 playback of lossless audio with ultra-low distortion and jitter elimination, and boasts Nichicon Fine-Gold capacitors, WIMA film/foil audio capacitors and swappable op-amps," says Creative. The company further says, "It may seem to sport slightly 'lesser' specs compared to the Sound Blaster AE-9, yet Sound Blaster AE-7 is very much a powerful sound card in its own right, being equipped with a hi-res ESS SABRE-class 9018 DAC that boasts up to 127 dB DNR, with 32-bit 384 kHz sampling and DSD64 playback. Audio clarity is the order of the day, with a THD of 0.0001 percent which represents an upgrade over its predecessor Sound BlasterX AE-5, and also the competition. At its price point, Sound Blaster AE-7 presents an excellent value proposition." 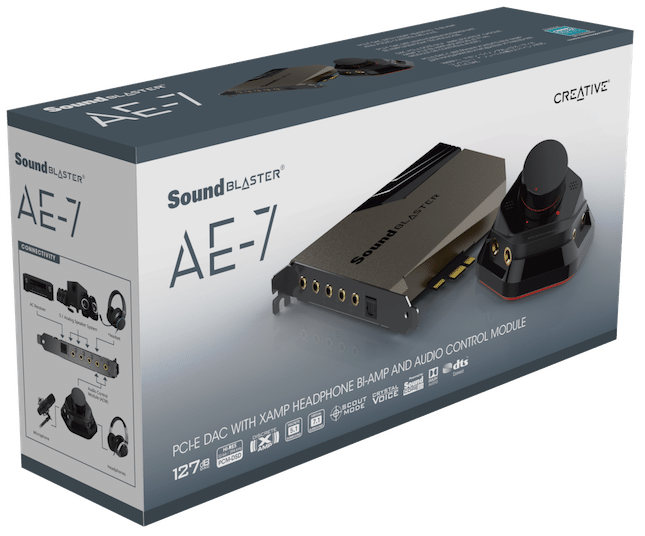 The Sound Blaster philosophy is simple yet demanding. With every new product, we aim to break new ground in four key areas: technology, performance, function and platform. In our 30th year, we will make greater strides than ever before in redefining the Sound Blaster experience. The AE series, which represents our biggest leap in PCI-e sound card innovation yet, is just the beginning.

While the two cards are obviously different in many ways, Creative shares some of their similarities below.

You can click on the images below to see details about the card components. 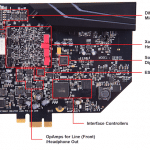 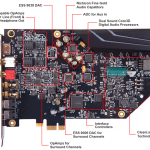 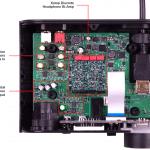 As you can expect, these cards are a bit pricey, but as a wise man once said, "you get what you pay for." In other words, high quality sound comes at a cost, and if you value premium audio, these cards should be worth every penny. The flagship Sound Blaster AE-9 can be pre-ordered here now for $349.99, while the AE-7 can be bought immediately here for $229.99.

For a limited time, if you upgrade from an existing Sound Blaster card to one of these new models, Creative will give you 15 percent off! You can learn more about that promotion here.