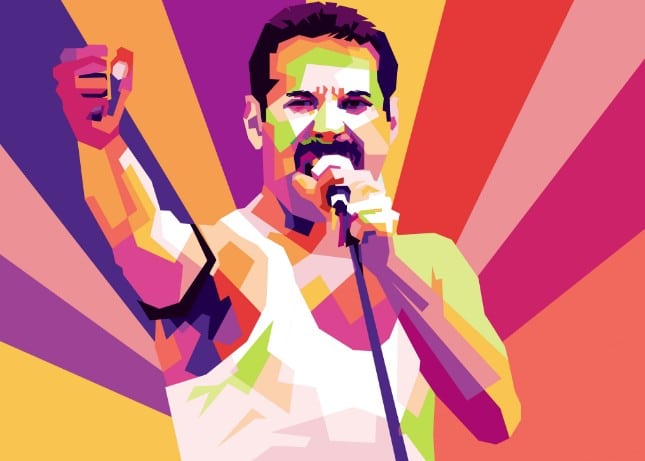 I recently watched the Freddie Mercury (R.I.P.) and Queen biopic "Bohemian Rhapsody" on HBO. The film was enjoyable, but not particularly good. It lacked depth and emotion, feeling more like a caricature of the band. Ultimately, it did a pretty good job of educating younger folks about the group, and highlighting their many great songs, so I suppose that is a good thing. While Mercury is a fascinating man, it would have been nice to have the other members of the band get more attention.

Queen's most popular song (and their best) is the film's namesake -- "Bohemian Rhapsody." The song and the band were before my time, so I first encountered the song when watching the movie "Wayne's World" as a child. I immediately recognized the brilliance of the music despite it being used as a prop in an iconic movie scene -- it also saw a resurgence on the radio at the time because of the Mike Myers movie. And now, the song "Bohemian Rhapsody" by Queen has achieved 1 billion views on YouTube. To mark the milestone, there is a new remastered version of the video (embedded below).

"To celebrate this monumental achievement, a newly remastered HD version of the video is available today, for the first time ever and exclusively on the bands' YouTube channel. Fans can now see the video restored in all its glory, as it was originally intended. Additionally, fans will now be able to access the song’s lyrics in multiple languages including English, Spanish, Italian, French, Japanese, Polish, German, Indonesian Bahasa, Korean, Czech, Russian and Turkish while watching the video," says YouTube.

The Google-owned video platform further says, "To further honor this significant milestone, Queen — in partnership with YouTube Music, Universal Music Group and Hollywood Records -- have announced the launch of 'You Are The Champions,' a unique new campaign that will give fans an exclusive chance to become a part of Queen history with a starring role in three brand-new, user-generated videos for three of the band’s most celebrated tracks. The campaign launches later this month, so stay tuned for more details."

Bohemian Rhapsody is a sonic and cinematic masterpiece that’s one of the most enduring songs of all time. The newly remastered video on YouTube will ensure the song continues to be rediscovered, embraced and beloved by old and new generations of music fans around the world. It's incredible to help change the way fans experience music and provide a place for artist and fan connections worldwide.

If you are interested in participating in the aforementioned "You Are The Champions" campaign, you can learn more here. Details are a bit sparse at the moment, but additional info will be shared soon.