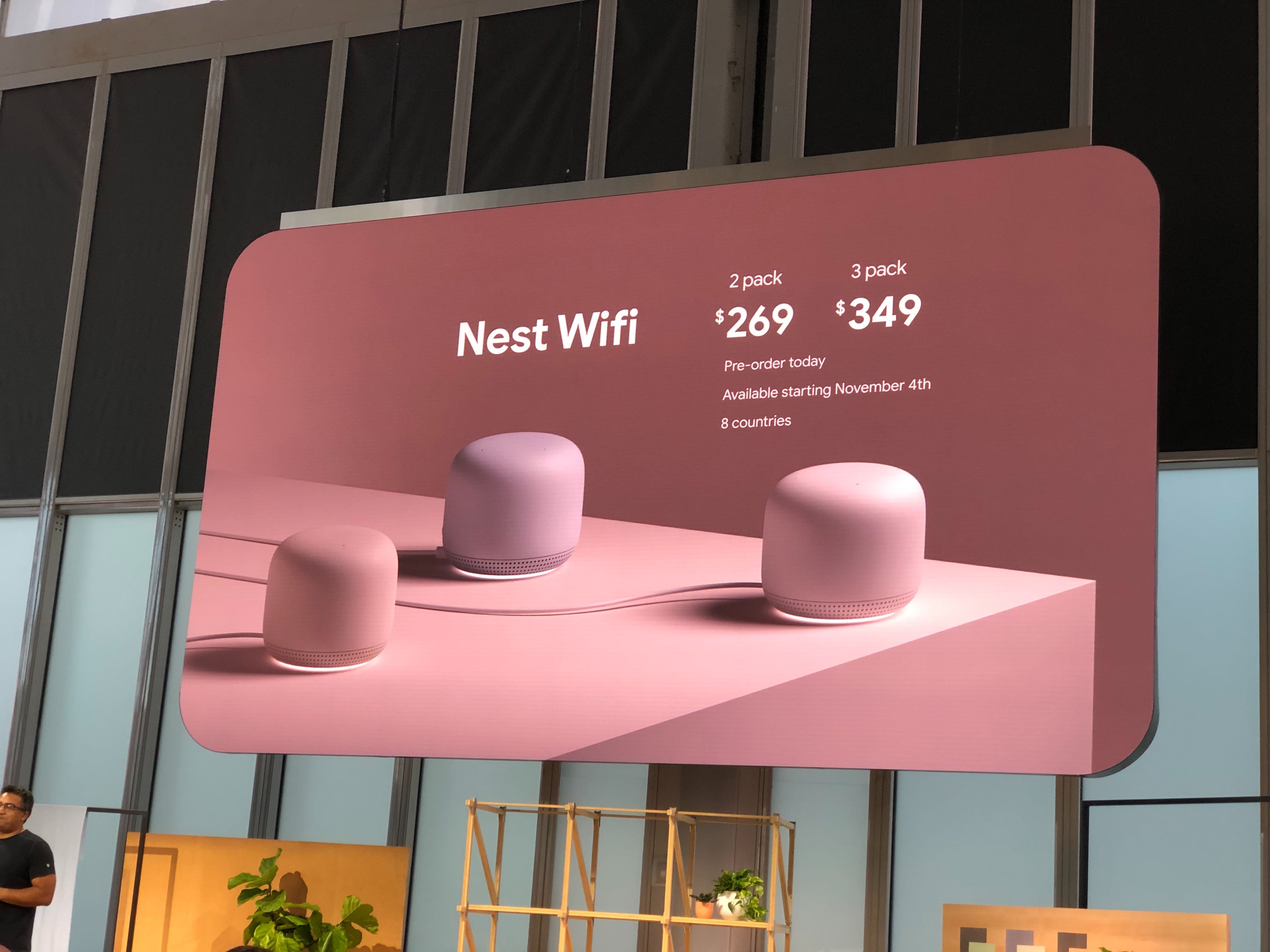 I live in a house with very thick walls and floors, so as a result, my Wi-Fi coverage always used to be extremely patchy. I tried various solutions over the years, including a number of range extenders, but eventually I cracked the issue by switching to Google Wifi, a smart networking system that creates a whole home wireless network.

Today, at its Made By Google ’19 event, the search giant unveils the successor to its mesh solution -- Nest Wifi.

Sanjay Noronha, Product Manager, Google Nest, says that Google has taken "everything you love about the original and made it even better".

The new Nest Wifi system comprises two separate devices: The Nest Wifi router, which plugs directly into your modem, and the Nest Wifi point that expands your wireless coverage.

Google says Nest Wifi can deliver up to two times the speed and up to 25 percent better coverage than its predecessor, and a two pack can deliver coverage for a 3,800-square-foot home.

If you already have Google Wifi network, you can easily add Nest Wifi to it for additional coverage.

The new Nest Wifi point also has a speaker with Google Assistant built-in.