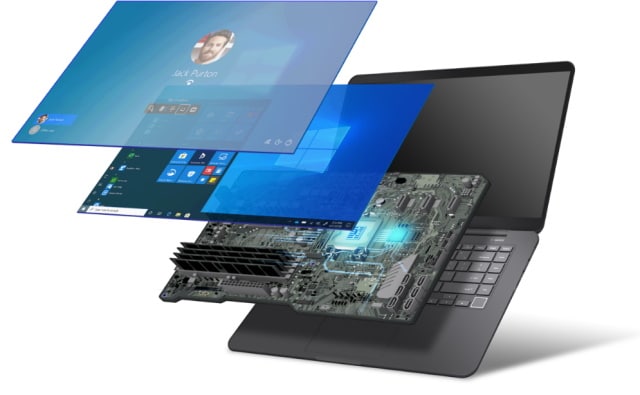 Microsoft is partnering with PC manufacturers and chip-makers on a new initiative designed to make systems with firmware that cannot be hacked.

Called Secured-core PCs, the systems apply the security best practices of isolation and minimal trust to the firmware layer. This helps to protect systems from low-level interference by malicious code.

Firmware attacks have become increasingly prevalent, and present serious problems because of the difficulty in detecting such attacks, and the disruptions caused by the methods of removal required. Microsoft says that the new Secure-core systems are aimed at companies and institutions that handle particularly sensitive data, such as banks, health providers and governments.

The built-in measurements can be used by SecOps and IT admins to remotely monitor the health of their systems using System Guard runtime attestation and implement a zero-trust network rooted in hardware. This advanced firmware security works in concert with other Windows features to ensure that Secured-core PCs provide comprehensive protections against modern threats.

Microsoft's own Surface Pro X is a Secured-core system, and others will be released by Dell, Dynabook, HP, Lenovo and Panasonic. More details are available on the Microsoft website.