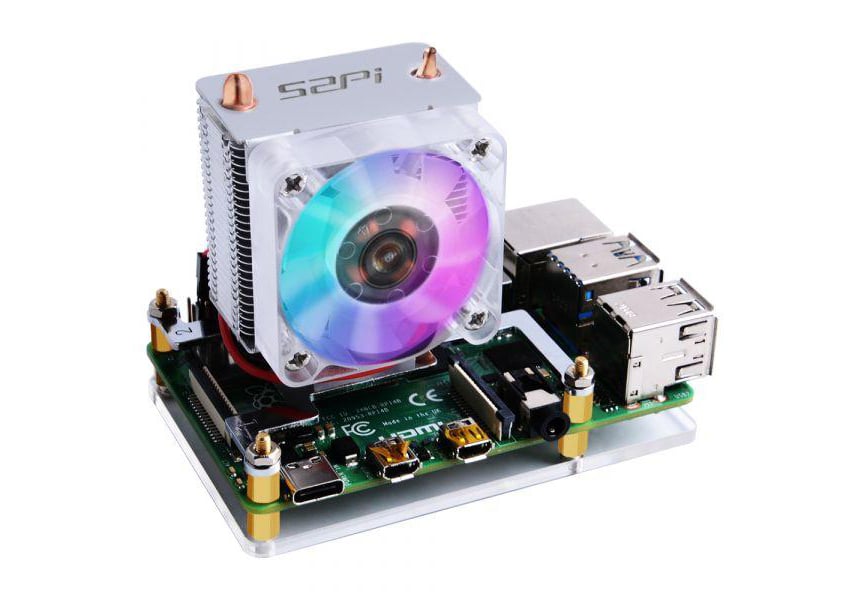 When the Raspberry Pi Foundation announced the Raspberry Pi 4, it described it as a complete desktop computer for (from) just $35. It turns out that claim was a bit of an exaggeration. While the new Pi is the most powerful yet, we’ve found it struggles to run a lot of the sort of software we’d want to use it with (most 3D games and video editing tools are a no-no).

Not only that, but if the Pi is working too hard, it gets very hot, very quickly, and reduces performance to protect itself because it doesn’t have a fan to cool it down.

You can buy cases with a fan built in to help here, but if you want to really cool down your Pi, plus have it look amazing at the same time, you need to add the ICE-Tower Raspberry Pi 4 CPU Cooler to it.

The aim of the product is to bring desktop PC level cooling to the Raspberry Pi, and it does this by using a central 5mm copper heatpipe to conduct heat away from CPU, and towards the 7-blade LED fan.

The fan is powered by the Raspberry Pi GPIO (5V and GND pins), so there’s no need to add power to it (although you can), and it comes with mounting brackets for the Pi 4 and 3B+. You also get three spare thermal pads. 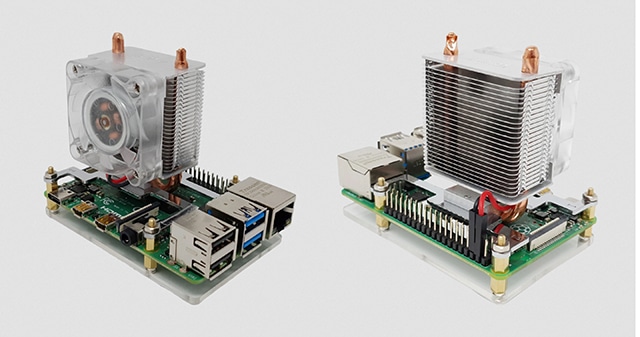