Raspberry Pi 4 is a complete desktop computer for just $35 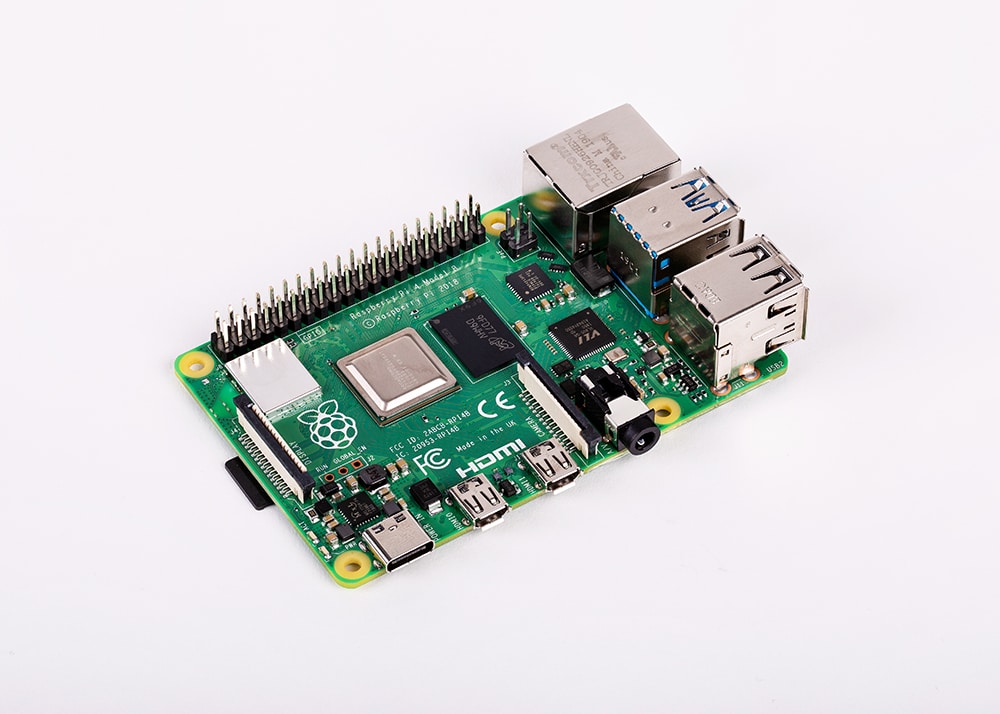 The Raspberry Pi was originally designed to provide an ultra-cheap way to encourage kids to code, but the uncased credit card sized computer has found an appreciative audience well outside of the education system, going on to sell over a million Pis in its first year alone. Each new iteration of the Pi has added something new, including a 64-bit processor, dual-band 802.11ac Wi-Fi, and Power over Ethernet (PoE) via a HAT.

The Pi 4 is powered by a quad-core ARM Cortex-A72 processor running at 1.5GHz, and new features include Gigabit Ethernet, Bluetooth 5.0 and USB 3.0 connectivity. The performance boost means it’s able to decode high-dynamic-range 4Kp60 HEVC video, and drive two 4K displays simultaneously. For the first time you can choose between 1GB, 2GB and 4GB RAM, with pricing starting from just $35.

In keeping with the idea that this is a full desktop computer, there’s now an optional 'Desktop Kit' available which bundles a 4GB Raspberry Pi 4 board, case, USB mouse, USB keyboard, power supply, two HDMI cables, a 32GB Micro SD card and a Beginner’s Guide to help you get the most out of your Raspberry Pi 4. It’s priced at £105.

"The vision behind Raspberry Pi 4 is to make a rich multimedia PC experience accessible to everyone," Raspberry Pi Co-Founder Eben Upton says. "By offering a 'just right' level of performance for most users, we’ve been able to do this at roughly a tenth the cost of a traditional desktop PC. This is a significant development for the PC market as a whole. Raspberry Pi is already one of the best-selling computers of all time. In Q4 of 2018, Raspberry Pi 3+ and earlier models accounted for 2.5 percent of the global PC market. The improved capabilities of Raspberry Pi 4 should allow us to address a much larger fraction of that market."

Technical specs for the Raspberry Pi 4 are:

It isn’t just home users, school children, and hobbyists that the Raspberry Pi Foundation is aiming the new Pi at either. It’s envisioned as also being used to create cost-effective industrial IoT applications.

"Just as we help make coding more accessible for consumers, we also aim to democratize digital innovation in businesses and public services. Today, more than 50 percent of our $35 Raspberry Pi units are destined for industrial and commercial use; Raspberry Pi 4 builds on this success, providing greatly increased performance at the same low cost,"  Eben adds. "We aim to create equality of opportunity across our digital economy, by providing a low-cost platform for technological innovation that is accessible to every organization, from start-ups to large corporations."

Raspberry Pi 4 and the Desktop Kit are available to buy today from Raspberry Pi’s partners element14 and OKdo, from Approved Resellers, or from its physical store in the Grand Arcade shopping center in Cambridge, UK. Pricing for the 1GB model is $35/£33, rising to $45/£43 for the 2GB version and $55/£53 for the 4GB model.