In a bid to simplify the Windows Insider program, Microsoft has killed off the Skip Ahead ring that allowed users to try the version of Windows 10 beyond the one being tested by other Insiders. A smart move I think.

Insiders are now just testing builds on the 20H1 branch, due out next year, and Microsoft has rolled out another new flight for that.

In Build 19018, Microsoft has added four quick web searches to Search Home -- Weather, Top news, Today in history and New movies. To view them, select the search box to open Search Home. This feature is currently only available in the US. 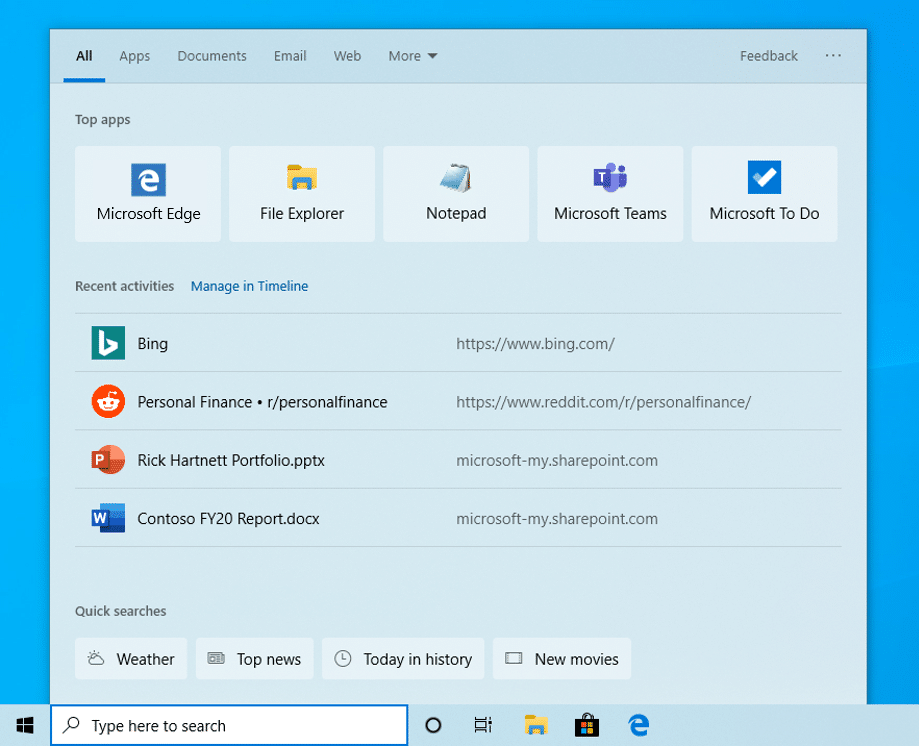 In addition, there’s an updated design for web previews in search results.