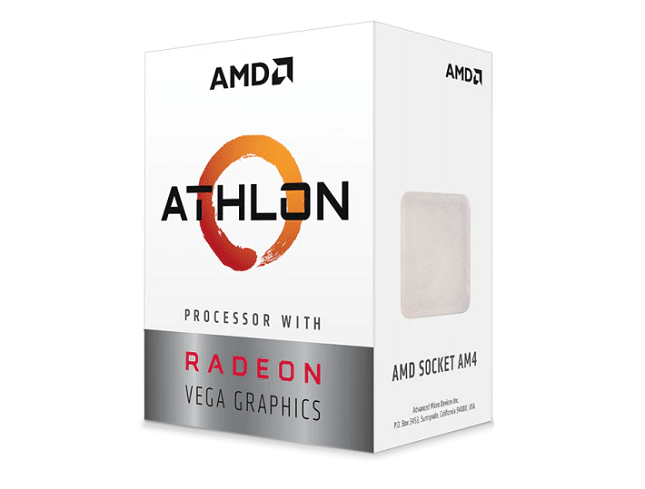 AMD has been lighting the world on fire lately with its super powerful Ryzen processors, including the newest 3rd generation Threadripper. While enthusiasts will certainly be buying up those expensive chips, not everyone needs the latest and greatest multi-core processors. Some people have more meager needs, with budgets to match.

Historically, AMD has been great for consumers seeking value, and thankfully, the company is keeping that tradition alive. You see, today, the company announces the Athlon 3000G -- a processor designed for what AMD calls "mainstream desktop users." That's just another way to say "regular folks." Make no mistake, however, even though it extremely affordable at under $50, it is more than capable for general computer use -- and beyond. AMD promises support for Windows 10, Ubuntu, and Red Hat Enterprise Linux.

Yes, believe it or not, this 64-bit 3000G chip only costs $49 -- insane, right? For that price, you are getting a dual-core (four thread) socket AM4 chip with a clock speed of 3.5Ghz (total L1 Cache 192KB, total L2 Cache 1MB, and total L3 Cache 4MB). Fancy an overclock? You've come to the right place. The 3000G is unlocked, which is apparently a first for a Zen-based Athlon processor.

The 3000G even features Radeon Vega 3 graphics (tri-core at 1GHz), so you can forgo a dedicated video card if the motherboard supports it. Can you do hardcore gaming with integrated Vega 3 graphics? Of course not, but hey, not everyone is a gamer. It supports Dual Channel 2667MHz DDR4 RAM and PCIe 3.0 too. This processor also has the potential lower your electric bill, as it has a super-low 35W TDP.

If you want to buy your own AMD Athlon 3000G for a fun budget build (and test the overclocking), you won't have to wait long. AMD says it will hit retailers "in the coming days." In other words, you should hopefully be able to buy it at Amazon or Newegg by the weekend.