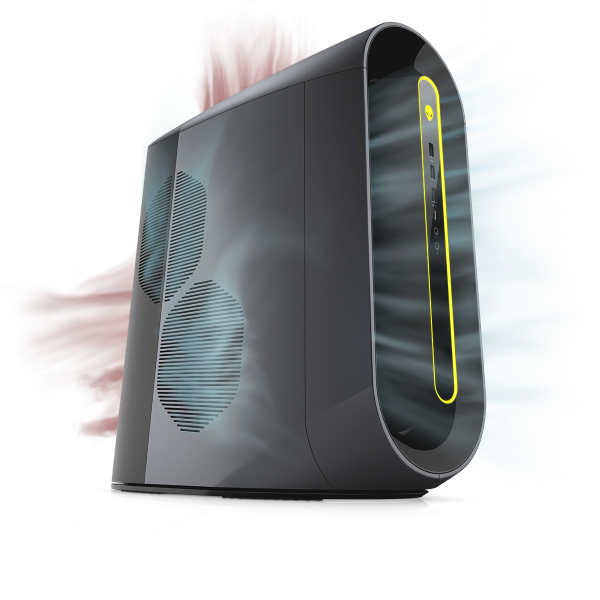 Earlier today, we shared that the all-new Alienware Aurora Ryzen Edition desktop would be equipped with HyperX Fury memory. But wait -- what exactly is this new computer? It is actually quite monumental. You see, after a long hiatus, Dell's gaming brand, Alienware, is once again using AMD processors! AMD is definitely making big moves these days, as it is finally being used by Microsoft with Surface Laptop too. Intel must be worried, but I digress.

The Alienware Aurora Ryzen Edition desktop can be configured with a new 3rd generation AMD Ryzen processor, starting at the AMD Ryzen 5 3500 and going all the way up to the monster Ryzen 9 3950X. The HyperX memory starts at just 8GB running at 2666MHz, but you can bump that up to a max of 64GB at 3200MHz. Both AMD and NVIDIA graphics cards are available too, with the top model being the  GeForce RTX 2080 Ti with 11GB of GDDR6. Storage ranges from 512GB to 2TB.

"Today, we are introducing the new Alienware Aurora Ryzen Edition desktop which is not only an ode to the past design but also the first time in more than a decade where Aurora and AMD processors are reunited. The new platform introduces the AMD Ryzen 9 3950X -- AMD’s flagship 3rd generation Ryzen processor featuring a 16-core processor, offering a gargantuan 64MB of cache, and a max boost speed of 4.7GHz. If you want to go above stock performance, download AMD’s Ryzen Master overclocking utility for the most hardcore CPU tweaks and keep using Aliewnare Command Center for graphics overclocking and tweaks," says Eduardo Goyanes, Global Messaging and GTM Lead, Alienware.

Goyanes further says, "This is the first Alienware (and Dell desktop) supporting PCI-Express 4.0 technology. It is also the first Aurora, or Alienware mid-tower, supporting 16-cores. Gamers who use core-hungry applications will love an Aurora Ryzen Edition with a 3950X proc. Typically creative applications for video editing, content creation, streaming, and megatasking are perfect use cases for CPUs with really high core counts. In fact, according to AMD, the Ryzen 9 3950X is a star performer on applications like Handbrake encode, Photoshop RBD filter, DaVinci Resolve, Vray benchmark, Corona Render Benchmark and Keyshot FPS."

The base model Alienware Aurora Ryzen Edition desktop costs $1,199, but easily exceed $4,500 as you max-out the specifications. If you want to configure and buy your own, you can do so here.