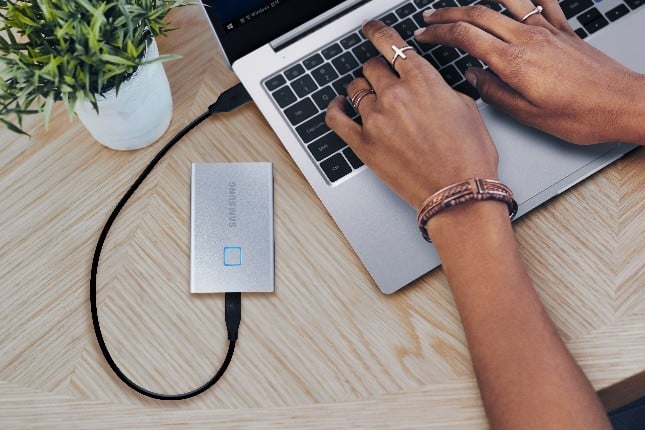 CES 2020 has been very exciting for those interested in data storage. Just yesterday, Western Digital unveiled a prototype 8TB portable SSD plus a diminutive 1TB flash drive with both USB-C and USB-A connectivity. Both of these drives should prove very popular with consumers -- if/when they hit stores.

Today, it is Samsung's turn to wow the data storage community. The company's latest SSD, called "T7 Touch," is an external drive that uses USB-C for connectivity and features USB 3.2 Gen 2 speeds. What makes it particularly interesting however, is its integrated fingerprint reader which is used for secure hardware encryption.

"The T7 Touch offers a significant speed upgrade over previous storage solutions. With a read speed of 1,050MB/s and a write speed of 1,000MB/s, it is approximately twice as fast as its predecessor, the T5, and up to 9.5 times faster than external HDD. Moreover, the device can reach its maximum speed when used with the NVMe interface. Samsung's T7 Touch provides enough capacity to securely store large numbers of pictures, games or 4K/8K videos whether on a PC, tablet, smartphone or game console, as well as the durability to take their content with them," says Samsung. 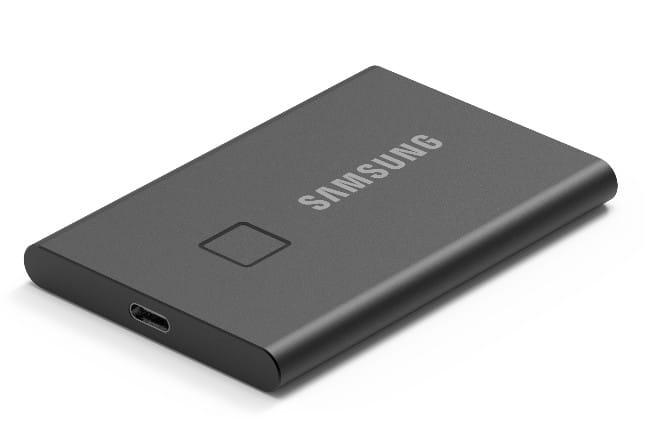 The company further says, "For an added layer of security, the T7 Touch brings the first built-in fingerprint scanner to an SSD on top of password protection and AES 256-bit hardware encryption. It also features a 'Motion LED,' which allows the user to determine the status of the device simply with a single glance. Despite the considerable speed boost, hardware additions and solid metal (aluminum) casing, the new SSD still weighs in at a light 58 grams."

Consumers who are constantly on the go between work, play and passion projects want to be able to securely carry their content with them. Now their data is secure thanks to the fingerprint recognition functionality incorporated into the product, which delivers industry-leading transfer speeds in a compact form factor. 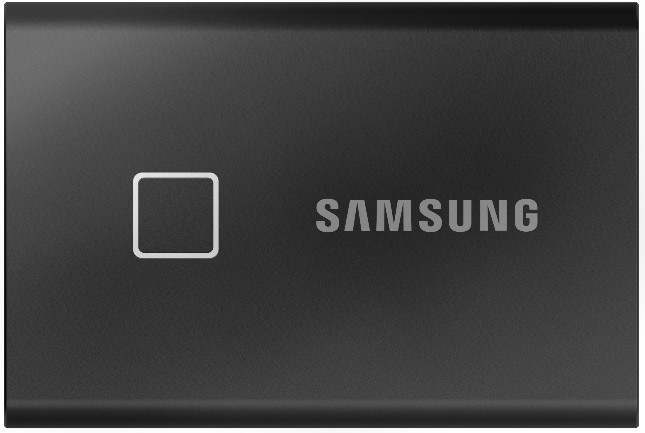 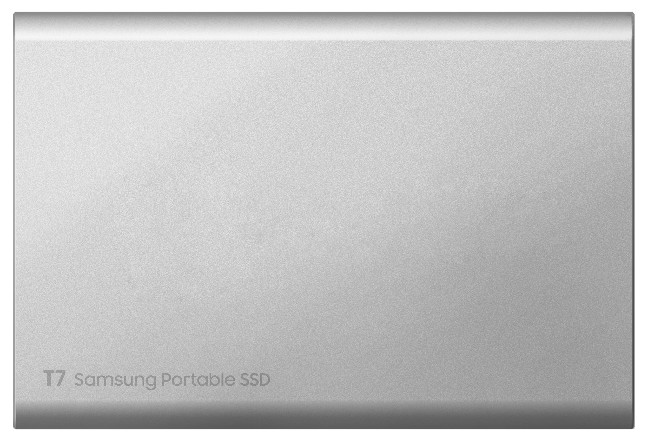 The Samsung T7 Touch will go on sale later this month and will be available in your choice of three capacities (500GB, 1TB, and 2TB) and two colors (Black and Silver). Pricing starts at just $129.99 for the smallest capacity, while the top capacity will cost $399.99. The 1TB variant will sell for $229.99. A less expensive non-Touch T7 SSD (without the fingerprint reader) will be released in Q2 2020 -- pricing and colors are currently unknown for that model.