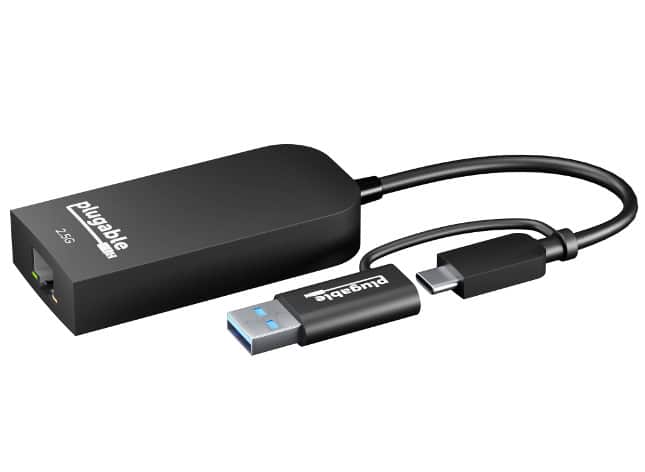 While consumers seem to love thin and light laptops, there is one big downside to such svelte computers -- a lack of ports. You see, if a port is thicker than the body of the notebook, then it simply can't fit. While USB-A and USB-C ports are thin enough to be included on many laptops these days, there is one useful (yet thick) port that is being omitted -- Ethernet. Yes, the once-ubiquitous networking port is becoming increasingly more rare. This isn't a big deal for some consumers, as they will likely only ever use Wi-Fi. Some folks, however, still have either a want or need to connect to a network using a cable.

Thankfully, with dongles, you can add an Ethernet port to pretty much any computer these days. For the vast majority of consumers, a gigabyte dongle (such as this one that costs less than $20) is currently more than enough. But what if you have a desire to connect to a multi-gig network? In that case, there are faster dongles, such as this excellent USB-C 2.5G model from TRENDnet. Soon, there will be yet another such product on the market, this time from Plugable. What makes this USB-C 2.5G adapter so special is that it has an attached Type-A adapter.

The company further says, "Most devices and networks currently use Gigabit Ethernet. This 2.5 Gigabit Ethernet adapter more than doubles that performance over existing Cat 5e or better cabling, with supporting hardware (switches and routers). The adapter is backwards compatible with earlier networking standards such as Gigabit (10/100/1000) networks, supports auto-negotiation, and is compatible with both full-duplex or half-duplex networks, making it an ideal choice for current and future network connectivity."

The Plugable 2.5 Gigabit USB Ethernet Adapter won't hit stores for a while still -- Q2 of 2020. In other words, you cannot buy it until April at the earliest, which is a damn eternity. The low price will make the wait much more bearable, though -- it will cost just $49.99. If you don't care about the attached USB-A adapter, however, the aforementioned TRENDnet model can be had immediately here for the same price.