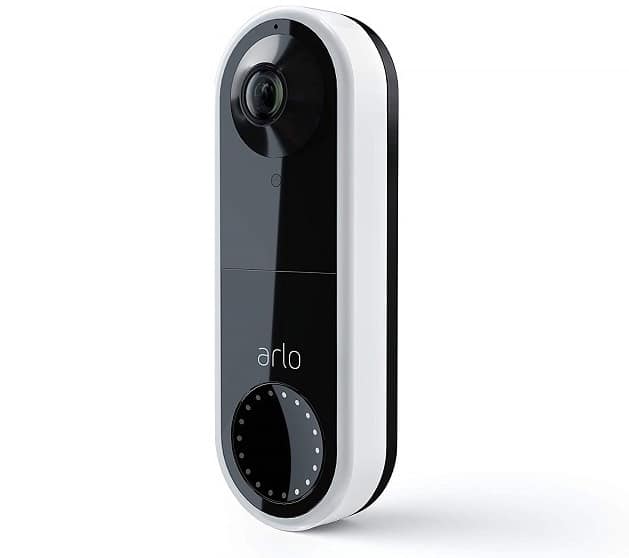 As a technology enthusiast, I have many smart home devices in my house, such as a Nest thermostat, Google Home, Wi-Fi cameras, smart sprinklers, smart outlets and more. What my home has been lacking, however, is a smart doorbell. I have long wanted one of these camera doorbells, so I can monitor my porch and communicate with people that knock or ring the bell.

Over time, I was scared away from the Ring models, after reading many negative reports in the media about poor security and deals with law enforcement. No, I am not up to anything nefarious, but I'd rather not have my doorbell be used by "Big Brother." And so, I patiently waited for one to hit the market that piqued my interest.

Well, last year, Arlo finally unveiled its first video doorbell. That is a brand in which I have confidence, so I decided to choose it for my home. Taking it out of the box, everything looked pretty straightforward -- remove my old dumb doorbell and replace it with the new one.

For safety purposes, I turned off power to my doorbell before doing anything. With the power off, I removed the old doorbell and discovered the wires were extremely short. So short, in fact, that I could not connect them to the new Arlo model. Thankfully, the company included some extenders in the box for just such a thing. 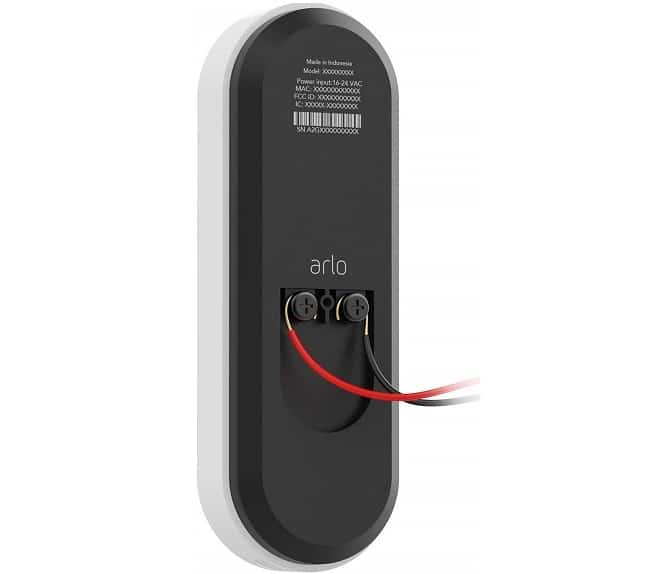 With the wire extenders on, it was now time to install the mounting hardware to my house. This was just a matter of two screws which you can turn by hand, but an electric screwdriver will definitely make the job easier. The last step for the outside of my house was to connect the wires to the doorbell and snap it into place. This worked without issue, and it looked amazing on my house -- much nicer than the old crusty button that was there before.

Before turning the power back on, there is one more step -- I had to wire a little dongle onto my doorbell chime. If you aren't familiar, the chime is the thing inside the house that actually generates the doorbell sound. This was also very easy -- I connected two wires and then attached the dongle to the side with its pre-applied adhesive. Now it was time for the big moment -- turning the power on.

I ran excitedly to my basement and flipped the switch for the power. I then went back up the stairs and installed the Arlo app onto my iPhone to do the set up process. Unfortunately, this is where the story takes a turn for the worse. After following all the steps, it turns out the Arlo video doorbell was not getting enough power. This was indicated by a red ring on the front of the doorbell. Sadly, it turned out that my home's doorbell transformer (something I did not know existed) was under-powered. Sigh. This meant I would have to buy and install a new transformer. I was too tired after all of this, so I decided I would buy a new one the next day.

The following day I went to a local Lowe's and bought a new one. Arlo recommends one that is 16-24V AC, and I bought 16V because that is all they had in stock. I went into my basement with the new transformer and found an old one on the ceiling of my boiler room. With the power off, I swapped the transformer, which is very easy if you take it slow. With the new transformer installed, I turned on the power and went back to the video doorbell to set it up. But... I got that red ring again. Ugh.

Undeterred, I bought yet another transformer, and after hooking it up, I still got the same red ring. By now, I was very frustrated, so I took a deep breath and looked online for solutions. It was then I realized, houses can have multiple transformers, and I might not even be replacing the correct one! And yes, folks, after searching my home, I found another transformer hidden in the basement drop ceiling. I felt so stupid! I replaced it with another transformer I bought online and voilà -- the Arlo video doorbell was now working properly. 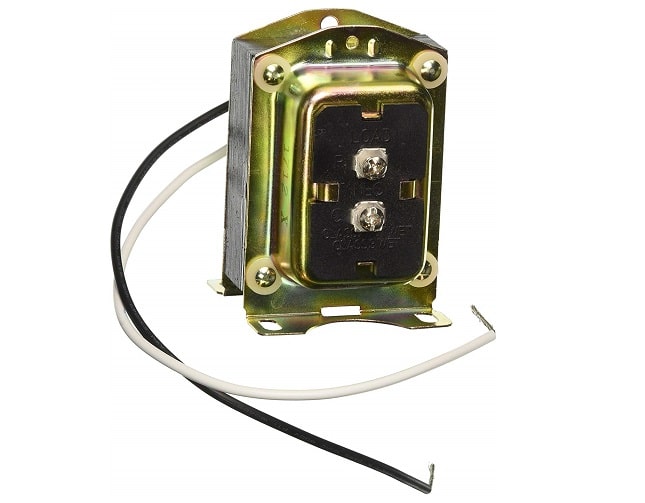 I share my story of transformer foolery in this review, as I am sure many homeowners will have a similar situation. On an older home, there is a good chance that you will need to upgrade your doorbell transformer (that thing with the black and white wires seen above). Do not assume that the first transformer you see is the right one. A good test that I discovered later is (with the power off) disconnect one of the wires from the transformer. Then, with the power back on, try ringing your old doorbell. If the chime makes a noise, it is the wrong transformer. If the doorbell does nothing, you have found the right one.

As I was saying, with the new transformer installed, the Arlo Video Doorbell was now working correctly. Set up was a breeze using the iPhone app. In just a few minutes, the doorbell was connected to my Wi-Fi and was ready to go. Well, after a firmware update was downloaded, that is. 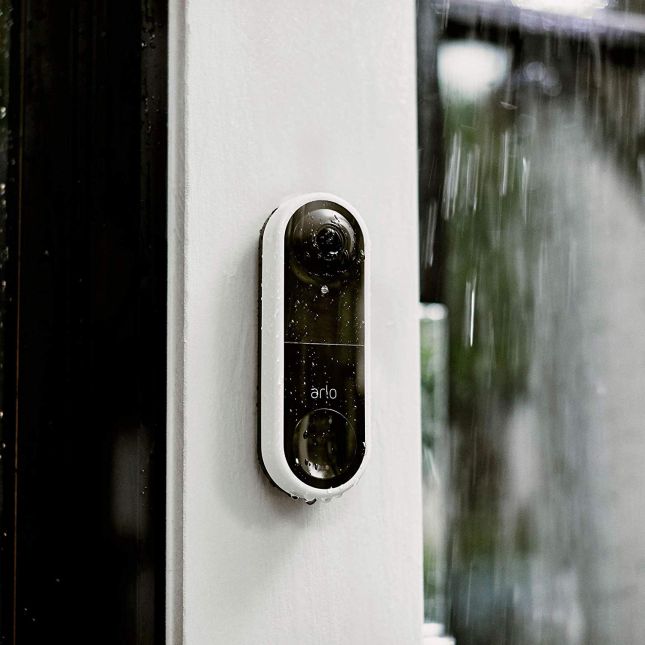 What really impressed me about Arlo's product is its accuracy in detection. Not only does it detect motion, but it can tell you when a person or animal is seen. For instance, when a family member comes home, or a delivery person walks up with a package, I get an alert on my iPhone that a person was detected. When a stray cat goes by, it tells me an animal is spotted. So far this has worked pretty much flawlessly, although a family member leaving the house in a coat with a faux-fur hood was once detected as an animal -- we had a good laugh at that!

The video quality is excellent too. The picture is clear and the 180° Viewing Angle enables me to see much more than I thought. Not only can I see my door, porch, and walkway, but my driveway and mailbox too. It is quite remarkable. Also great is the microphone. When people walk by on the street -- a pretty good distance from the doorbell -- I can sometimes hear brief bits of their conversations (not that I really want to).

What's particularly cool, however, is the two-way communication if someone rings the bell. This is beneficial for both security and convenience. When they press the button, my iPhone rings like I am getting a call. When I answer it, I can see the person at my door and speak with them. This works whether I am home or away, so the person has no idea if my home is empty or not. When it is a solicitor, I can just tell them "I'm not interested" and send them on their way. If it is someone I actually want to see, I can tell them to hold on, as I'll be right there. 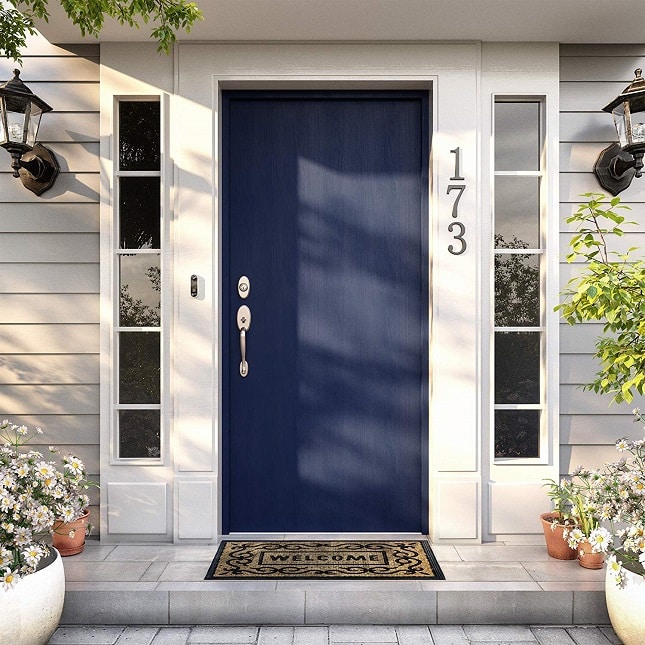 At only $150 (found here) I urge you to buy the Arlo Video Doorbell for your home if you don't already have a video doorbell. Not only can it help keep you and your family safe, but the build quality is great and it looks beautiful too. Since this is going on the front of your house, the appearance absolutely matters, and it is surely an upgrade from that old dumb button you have there now. My entire family approves of both the look and function of this device -- a rarity. As of today, I have encountered no bugs -- it has been a truly wonderful experience. It is highly recommended.

If you find that you need a transformer, I would recommend the Honeyell AT140A1000 found here for under $20. Trust me, folks, this transformer is better than the ones you will find at a local store.

[UPDATE] Want to save an additional $50 off your Arlo Video Doorbell purchase? I have some very good news! If you are upgrading from an eligible video doorbell, Arlo has a really cool "Ding Dong Ditch" trade-in promotion. You simply "ditch" your old doorbell and mail it off to Arlo. You can score the savings by buying it directly from the company here with coupon code Doorbell50. Arlo will ultimately credit $50 back to the card used to buy the Video Doorbell as long as all the conditions have been met. You can read terms of the promotion here.