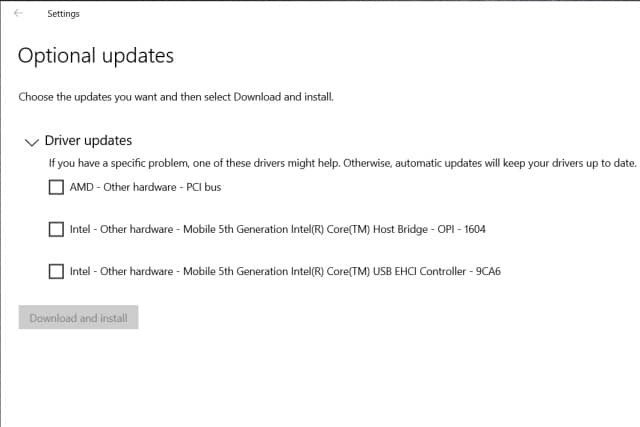 Microsoft has started the roll out of changes to Windows Update that give Windows 10 users more control over the process of updating. There has been a spate of problematic updates from Microsoft recently, and the change that is rolling out now introduces a new "Optional updates" section to Windows Update.

An important aspect of the new Windows Update user experience is that driver updating has been dramatically improved. Microsoft says that the changes will help users to get hold of the "highest quality, and most reliable drivers faster and with less friction".

As promised earlier in the year, Microsoft is giving new powers to its partners when it comes to drivers, and this can be seen to some extent in "Optional updates". Developers are able to mark their drivers as either Automatic or Manual. Those that are marked Automatic will be delivered to users on an automatic basis, while those that are marked Manual will appear as optional updates.

Driver publishing can be complicated. Optional drivers have various methods of acquisition, which creates confusion. Starting now we are making changes to streamline things a bit. All partners will now be able to publish drivers as automatic! This grants access to driver flighting, and gradual rollout. Which will allow Microsoft, and our partners to detect issues earlier and take corrective action if necessary.

In a blog post Microsoft explains changes that have been introduced by the Hardware Dev Center: