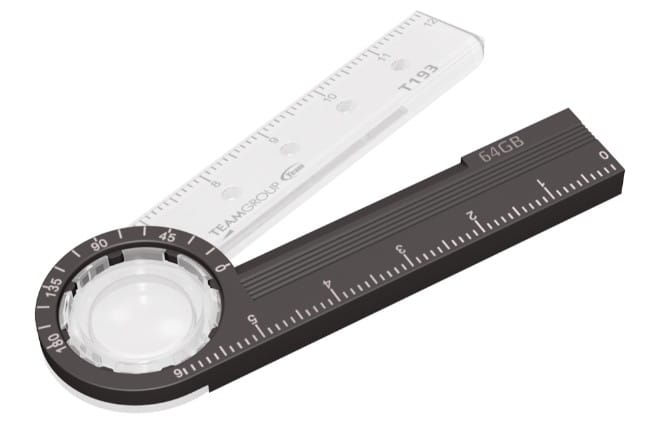 USB flash drives are rather ho-hum these days. Sure, they are still very useful products, but for the most part, they are all the same. You plug the drive into your computer to read and write files, and that's all that it does. Well, TEAMGROUP has a new such drive that does much more than just deal with files. Called "T193 Stationery," this flash drive also serves as a protractor, ruler, and magnifying glass. It even has a built-in magnet for good measure -- you can use it to pick up dropped screws or paper clips with ease. And no, the magnet isn't strong enough to interfere with other storage devices.

In addition, the company is also releasing a new USB-C portable solid state drive. Called "PD1000," this drive is only about storage, sadly. There are no useful tools built into it, like the T193 has. With that said, it is both attractive and fast, putting it in similar territory with the ADATA SE7760 we told you about a couple days ago. The PD1000, however, is also very rugged, offering protection from water, dust, and drops.

"T193 is the first flash drive that combines stationery and complete protection design. It has functions like a 180-degree protractor, magnifying glass and magnet. In addition, it is made with top aluminum alloy material and it has dustproof, waterproof and shockproof protection. T193 uses USB 3.2 Gen1 interface and offers large storage capacity from 32GB to 128GB. Its multiple functions and special look make it different than other ordinary USB flash drives," says TEAMGROUP 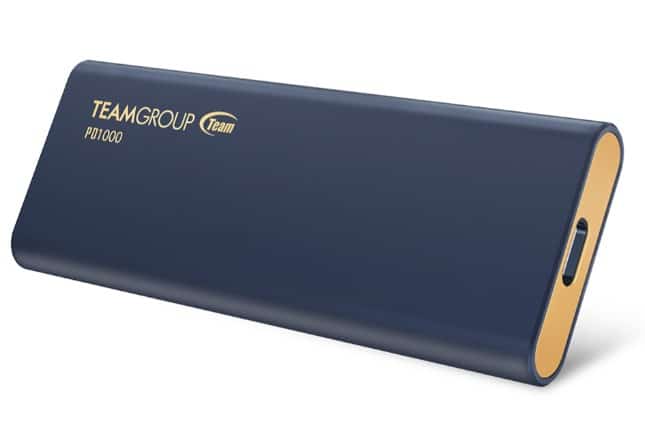 The company further says, "The PD1000 Portable Solid State Drive not only has certified military grade drop resistance which can prevent data corruption caused by accidental drops. It has IP68 certification, which is waterproof, dustproof and the outer case can withstand heavy pressure up to 1600kg, protecting consumers’ valuable data completely. The PD1000 Portable Solid State Drive uses the latest USB 3.2 Gen 2 ultra high-speed interface. The read/write speed is up to 1000/900MB/s and it is compatible with operating systems such as Android, Mac OS and Windows, etc. Consumers can easily enjoy the new dual experience of high-speed transfer and ultimate protection."

Unfortunately, TEAMGROUP has not revealed any details regarding pricing or availability. We tried to find these drives for sale somewhere online, but at the time of this writing, we were unsuccessful. Oh well. More will be known when they hit the usual retailers such as Newegg and Amazon.