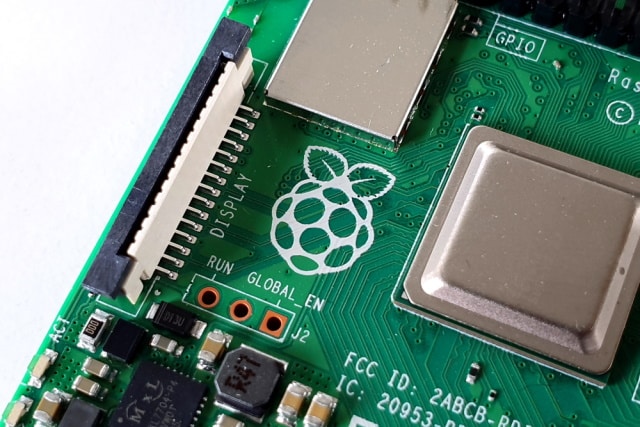 The Raspberry Pi line has provided great little Linux computers to nerds -- its low price and small size makes it ideal for tinkering and doing projects. But also, the device has proven to be a solid media device, wonderful for watching videos and emulating classic video games. In other words, it has been a very versatile computer, serving as many things to many people.

With the release of the Raspberry Pi 4, however, it finally became powerful enough to serve as a true desktop computer. By installing a Linux distribution, some people can use it for day-to-day computer use, such as web browsing, playing media, and word processing. Unfortunately, the $35 base model came with a paltry 1GB of RAM. Today, this changes, as the company has dropped the price of the 2GB version to $35, effectively doubling the memory for the base model.

"The fall in RAM prices over the last year has allowed us to cut the price of the 2GB variant of Raspberry Pi 4 to $35. Effective immediately, you will be able to buy a no-compromises desktop PC for the same price as Raspberry Pi 1 in 2012. And of course, thanks to inflation, $35 in 2012 is equivalent to nearly $40 today. So effectively you’re getting all these improvements, and a $5 price cut," says Eben Upton, Chief Executive, Raspberry Pi Trading.

Upton further says, "In line with our commitment to long-term support, the 1GB product will remain available to industrial and commercial customers, at a list price of $35. As there is no price advantage over the 2GB product, we expect most users to opt for the larger-memory variant."

Continuing to offer the 1GB variant at the same price is a bit odd to me -- there is seemingly no logical reason to continue to sell it. I suppose they just want to get rid of any existing stock, but really, it would be foolish for any person or organization to get 1GB over 2GB. The 4GB model retains the same $55 price tag, sadly -- it is not seeing a reduced price.

It is also worth mentioning that the Raspberry Pi 4 has finally gotten a fix for its buggy USB-C power port -- it should now work with all USB-C chargers/power adapters. When it first came out, I warned people not to buy it because of a serious flaw -- it was incompatible with some USB-C cables. Upton even dismissed this as not being a big deal.

Maybe that is why the hardware revision was rolled out quietly -- there was no big announcement. Buyers of the Raspberry Pi 4 just noticed the revised hardware on their own. Unfortunately, since this fix is a hardware revision, owners of an existing flawed Pi 4 are simply out of luck.