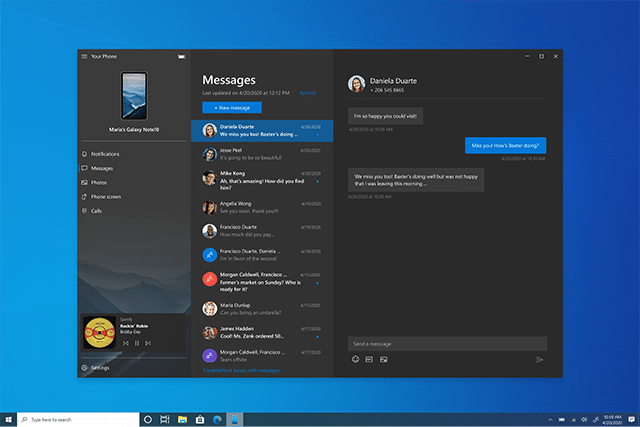 If you're a Windows 10 user, and you have a supported Android phone, then Microsoft's Your Phone is a great app to have as it bridges the gap between your different devices.

Microsoft has added a number of new features to the app over time, making it ever more useful, and today it announces it's adding the ability to control your Android music and audio apps using it. In other words, you can access and control the audio apps playing from your phone directly in Windows. Your songs will remain in sync between your phone and PC, and you can switch between multiple sources in the player too.

There are some requirements to be aware of. You will need:

Inevitably, the feature is rolling out gradually, so it may be a few days before you see it.

There are also some known issues to be aware of: