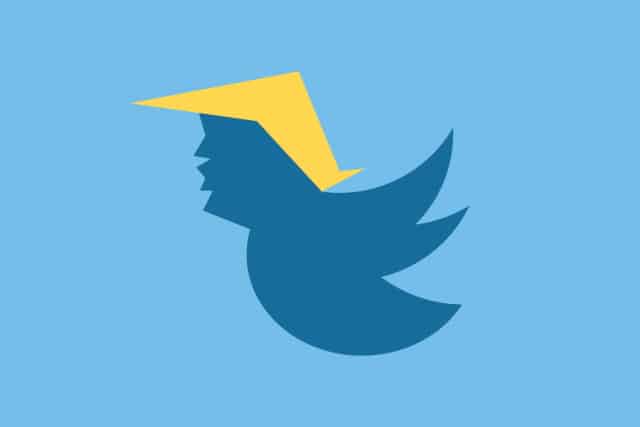 The Trump administration has been dealt a double blow on social media after Twitter flagged a tweet from the president as "manipulated media" and Facebook remove election ads that featured a Nazi symbol and called for Antifa to be declared a terrorist organization.

On Twitter, Trump retweeted a video labelled as depicting a "racist baby" and made to look like a CNN news clip. In the case of Facebook, an ad that violated the company's policies against organized hate was taken down.

The advertisements on Facebook were part of Trump's 2020 re-election campaign and invited supporters to sign a "STOP ANTIFA" petition. Controversially, the ad featured an inverted red triangle, a symbol infamously used by the Nazis to identify political prisoners in concentration camps during the Holocaust.

We removed these posts and ads for violating our policy against organized hate. Our policy prohibits using a banned hate group’s symbol to identify political prisoners without the context that condemns or discusses the symbol.

The tweet was supposed to be an attack on the "fake news" the president frequently obsesses over, but was itself a warped reframing of a real CNN video, as some were quick to point out:

The "manipulated media" label slapped on the tweet is Twitter's latest intervention into Trump's stream of tweets and it's unlikely to be well-received. When Trump and Twitter last locked horns, the president threatened to close down social media platforms.