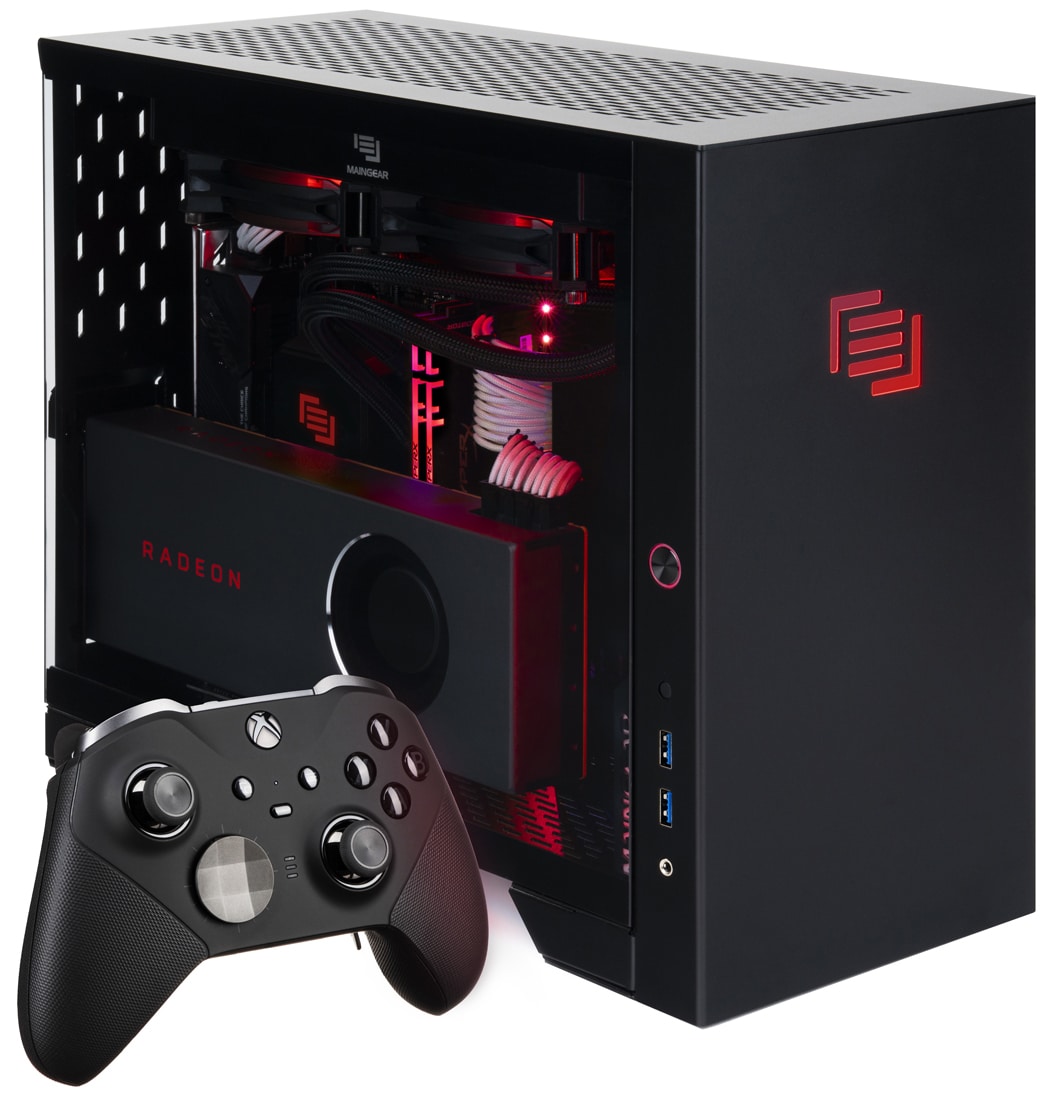 If you want a proper gaming PC, you need a full ATX motherboard and a massive tower full of fans, right? Actually, no. Nowadays, there are very capable mini ITX and micro ATX motherboards, making it possible to have a lot of power in a small package.

But holy cow, I never expected to see this much power crammed into such a small space! Today, MAINGEAR launches the TURBO -- a beautiful and impossibly small AMD Ryzen 3000XT gaming desktop. Just how small is it? A very impressive 7" x 14.4" x 12.3". This diminutive liquid-cooled beast can be configured with a processor ranging from the AMD Ryzen 5 3600 to the 3950X -- including the new 3000XT chips. You can choose up to 16TB of storage and up to 64GB of RAM. Graphics cards from both NVIDIA and AMD are available.

"The impossibly small yet fully-featured TURBO desktop fits in perfectly at a desk or in the living room, bringing true 4K PC gaming to any entertainment center. Each TURBO system is hand-crafted, housing powerful components in a sleek chassis with a server-grade steel interior, aluminum exterior, and a tempered glass side panel. A custom dynamic fan controller and upward directional airflow dissipate heat efficiently and quietly so that temperature management needn’t be a concern unlike with some other small-form-factor desktops," says MAINGEAR. 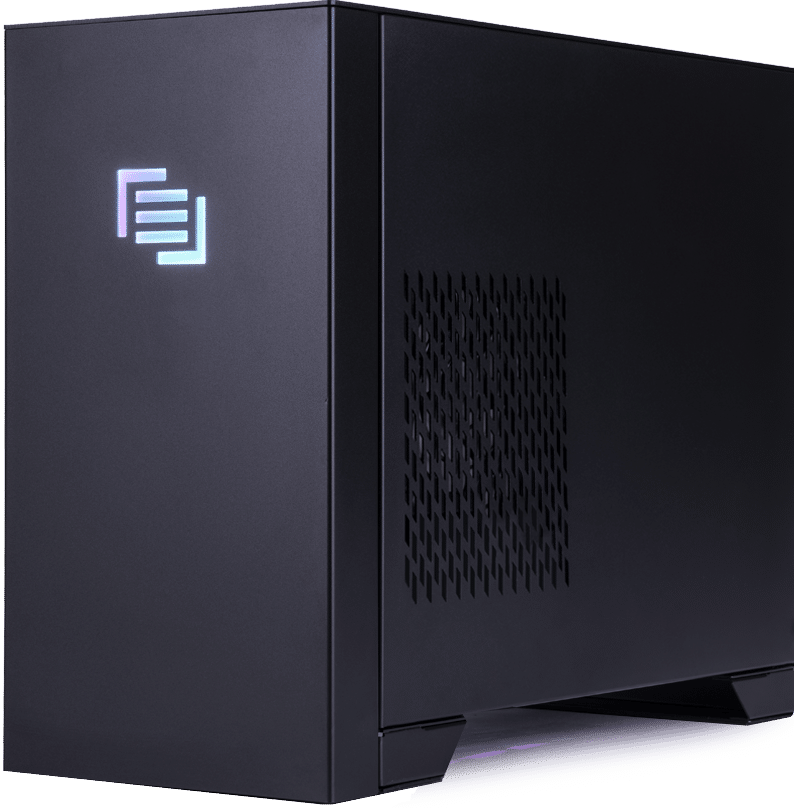 The computer-seller further says, "The TURBO features a newly designed version of MAINGEAR’s own revolutionary APEX liquid cooling system -- merging a custom quiet pump, pressure regulated cooling, a flow rate sensor, and a high-capacity reservoir with additional simultaneous CPU and GPU coverage for the cooling and overclocking potential of a full-sized desktop in a much smaller package. Exquisitely machined from solid blocks of crystal-clear acrylic, APEX is the best performing and most visually stunning liquid cooling solution around -- and it’s available exclusively from MAINGEAR."

You can watch the official unveiling of the TURBO below. 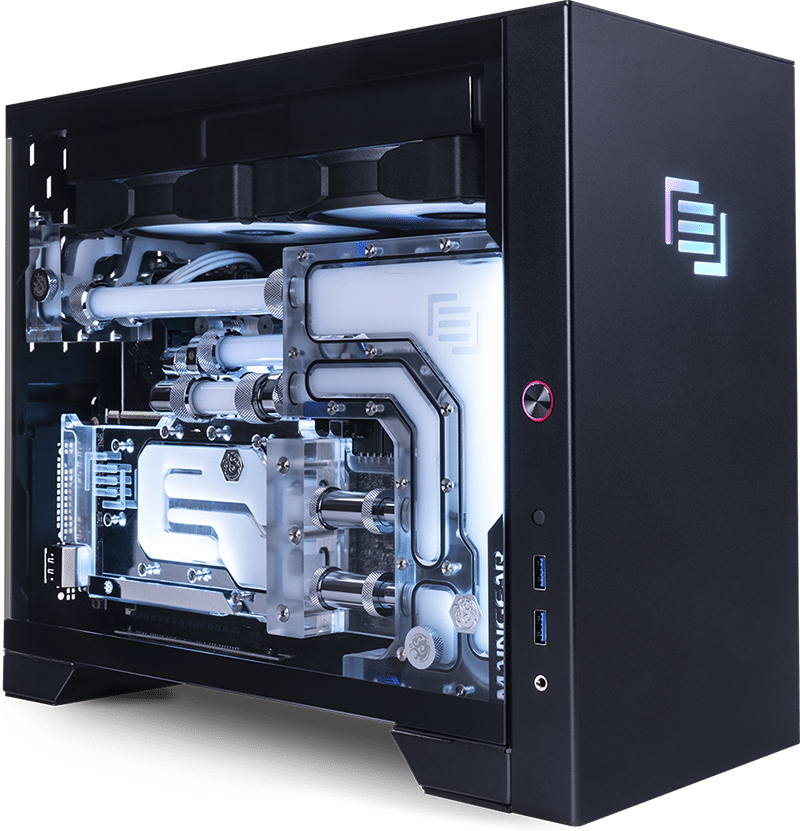 As we approach the next console generation, many gamers are looking for the best performance that their money can buy. The new MAINGEAR TURBO is an incredibly powerful gaming machine that can easily meet the needs of next-generation 4K and ray-traced gaming experiences at uncapped frame rates. Built from best-in-class upgradeable components and housed in a console-sized chassis engineered in-house at MAINGEAR, the TURBO is our most impressive custom system to date. There’s no better time than now to experience the versatility and freedom of PC gaming. 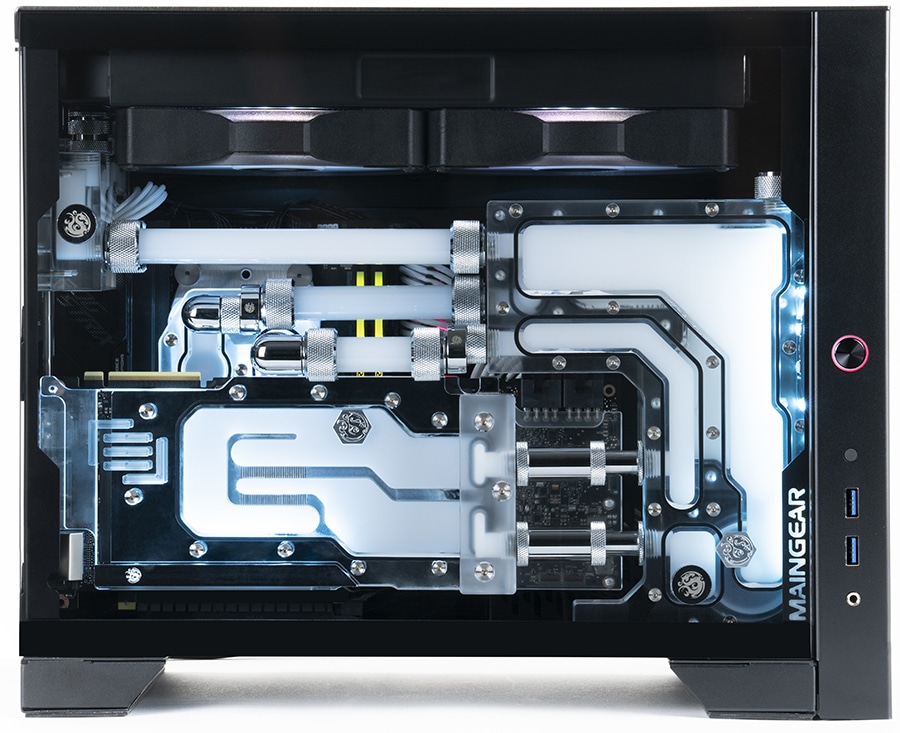 The beautiful MAINGEAR TURBO is simply a jaw-dropping feat of engineering, so of course, it won't come cheap. With that said, believe it or not, the cost is not insane. The starting price is just $1,499, making it possible for many gamers to afford it.

Of course, that price won't get you top specs. The base model comes with a Ryzen 5 3600, 8GB RAM, a B550 motherboard, and a Radeon RX 5500 XT GPU. Not a bad configuration, but not great either. Also, you will get the 240 Supercooler (seen in top image) which only cools the CPU, and not the higher-end APEX cooling (seen in bottom image) which cools both the CPU and the GPU. Choosing better components will obviously increase the price.

If you want to configure your own, you can do so here.