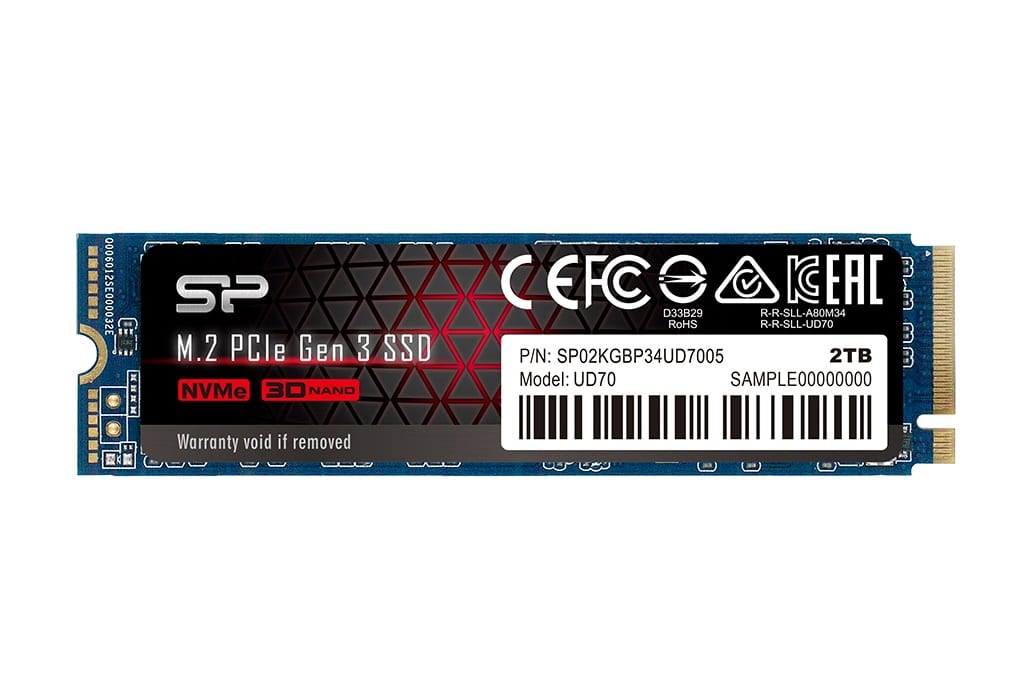 Another day, another solid state drive. Yes, folks, we are once again telling you about a new SSD. There sure are a lot of new models hitting the market lately, right? This time, the drive is from Silicon Power. We recently reviewed one of that company's external SSDs, but I digress.

Called "UD70," it is a PCIe 3.0 SSD that uses 3D QLC NAND. Unfortunately, it is not a PCIe 4.0 drive like the company's similarly named US70. While a PCIe Gen 3x4 SSD is nothing out of the ordinary, Silicon Power boasts about it having superior cooling capabilities. No, it doesn't have a huge heatsink. In fact, it has no heatsink at all. Actually, SP says the cooling capabilities are baked into the UD70's firmware.

"With 3D QLC NAND storage technology, the UD70 PCIe Gen 3x4 incorporates a much higher memory cell density, allowing for greater storage capacity on a smaller footprint – up to 2TB. Plus, NVMe 1.3 support, read speeds up to 3,400MB/s, and write speeds up to 3,000MB/s make this M.2 2280 SSD a force to be reckoned with. As an overall cost-efficient option, the UD70 is truly an all-around performer that's perfect for DIY system builders, casual gamers and video editors, and simply those who are looking to upgrade their PC," says Silicon Power.

SP further says, "The UD70 is specially engineered with a dual self-cooling system that operates via active state power management (ASPM) and autonomous power state transition (APST). In addition, thermal throttling effectively monitors and controls the temperature to prevent sudden speed drops or damage of stored data caused by high temperature. With these advanced mechanisms in place, the UD70 will keep its cool to sustain a safe and optimal level of performance at all times, which translates to a longer and more reliable lifespan."

Unfortunately, Silicon Power is mum on both cost and availability for the UD70. While I tried my best, I could not for the life of me find it for sale anywhere online -- yet. With that said, I fully expect it to be available from Amazon here very soon. What we do know for sure, however, is there will be three capacities from which to choose -- 500GB, 1TB, and 2TB.