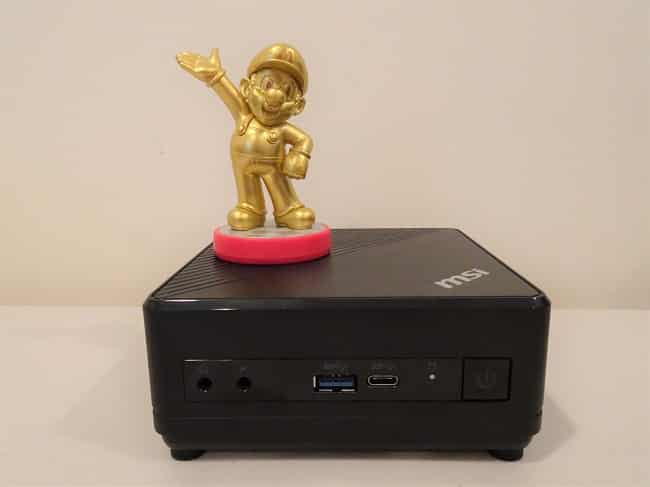 The Intel NUC has long been a favorite of Linux users, as the diminutive computer just works out of the box. Since almost everything is Intel-based -- including the graphics and Wi-Fi card -- you never have to worry about hardware having compatibility issues. They have historically been easy to upgrade too, allowing users to upgrade RAM, storage, and wireless. Sadly, new NUCs have soldered Wi-Fi cards, so you are essentially stuck with what it comes with. That stinks -- Intel is acting like Apple!

Thankfully, there is another mini computer that is also based on 10th generation Intel Core processors, but it does allow the wireless card to be upgraded. MSI's "Cubi 5," as it is called, is very similar to Intel's NUC, but it has better upgradeability. And yes, all modern Linux distributions will install and run without issue. I have been testing the Intel Core i5-10210U variant (there are also Core i3 and i7 models), which is a quad-core with 8 threads. While my configuration came with Windows 10 Home pre-installed, I immediately added Fedora to the mix in a dual-boot configuration.

No, I did not partition the pre-installed 512GB Western Digital NVMe SSD, but instead, I added a second drive -- a 2.5-inch SATA SSD. You see, the Cubi 5 allows you to mount such a drive on the bottom of the chassis, and with the included cables, you can add a secondary drive. This doesn't have to be an SSD, nor does it have to be for dual-booting. You can also add a mechanical hard drive for data, if you want. The Cubi 5 comes with a VESA mount, so you can easily attach it to the back of a monitor for a quasi-all-in-one experience.

The model we are testing also came with memory pre-installed -- a single stick of 8GB DDR4 2666. Thankfully, there are two RAM slots, so you can easily add another 8GB stick to go to 16GB. If you want, you could even go with 32GB or 64GB if needed, but 16GB would probably meet the needs of most consumers. While it is cool that there is a free slot for a RAM upgrade, two sticks of 4GB would be preferable for performance purposes, as they would be in dual-channel mode.

The Wi-Fi card is "only" 802.11ac (Wi-Fi 5), which is fine for now, but it shows why having the ability to upgrade the wireless card is preferable. Once 802.11ax (Wi-Fi 6) becomes more popular, you will be able to swap the current card for the newer generation. True, the new Intel NUCs have Wi-Fi 6 soldered in now, but what if something better comes out in the future? What if the card stops functioning? It is nice to have easy access.

The MSI Cubi 5 has lots of ports, such as 3.5mm microphone, 3.5mm headphone, and both USB-A and USB-C on the front. Unfortunately, there are no USB Type-C ports on the rear. On the back, there are four USB-A ports (2x USB 2.0, 2x USB 3.0), Ethernet, DisplayPort, and HDMI. Sadly, there is no Thunderbolt 3, so you cannot add an external GPU for gaming or video editing.

If you buy the Cubi 5, you need to understand that integrated Intel graphics is the best you will ever have. It scored a rather woeful 990 in Cinebench R20 -- video editors and gamers should obviously look elsewhere. With that said, it can push a 4K monitor at 60Hz without issue. Watching 4K YouTube, for instance, is not a problem.

The question is who should buy the MSI Cubi 5? The answer is, anyone that doesn't need the portability of a laptop and prefers a mini desktop to save desk space. Of course, they should also value upgrading and tinkering with their PC. Look, it is easier to open up than a laptop (just 4 Phillips screws), and the ability to house a second 2.5-inch storage drive will make it great for dual-booters and those looking to store data. Hell, it would make a wonderful home server too. 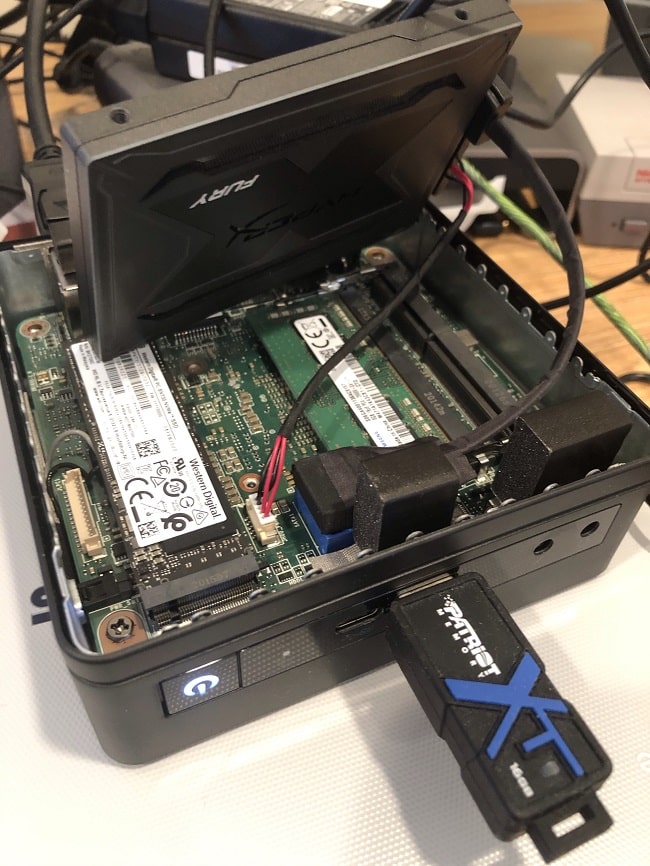 Potential buyers should go into it knowing it is not a powerhouse -- in Geekbench, it scored 755 for single-core and 2021 for multi-core. With that said, it will perform admirably for general-use computing, such as watching media, surfing the web, and editing spreadsheets. If that meets your needs, the MSI Cubi 5 is very much recommended. Linux fans in particular will love that all the hardware is compatible.

The model as tested can be purchased here for around $700.

13 Responses to MSI Cubi 5 is a brilliant Linux mini desktop computer (yes, it runs Windows 10 too)