Where does Sarah Palin stand on technology issues?

While Gov. Palin is fairly new to the political scene nationwide, the Alaska native's stance on key topics may give clues into the policies she would support if she were elected Vice President.

[M.E.'s NOTE: BetaNews contacted the press office of Gov. Sarah Palin earlier this week, and received assurances that we would be receiving responses to our inquiries about the governor's position on critical technology issues, five of which we listed and explained in detail. This has been the week of the Republican National Convention in St. Paul, so any number of reasons may have delayed the press office's final response to us. However, they were aware of our already-once-postponed deadline, so in the interest of absolute fairness -- especially since we already profiled Sen. Joe Biden last week -- we will proceed with as thorough an assessment as we possibly can of Gov. Palin, given the information we do have.]

John McCain shocked the political world with his choice of Sarah Palin, a woman who has only served as governor of Alaska for 19 months, and whose previous political experience was as Mayor of Wasilla -- a town of about 9,000 residents -- for eight years, and city council member for four years prior.

With such a short time on the national political scene on a level where technology issues are, if not paramount, then at least prominent, there hasn't been much of a technology record for Gov. Palin to run on yet. It's not her fault; it's just the fact. However, there have been a few instances where she has taken a stance, or her positions on other important matters could be used as a sort of template, to deduce her likely thoughts on parallel matters in the technology arena.

In 2007, shortly after taking office as Alaska's governor, Sarah Palin took advantage of the Internet to create a online training program for workforce development. Called Work Ready/College Ready (since shortened to Alaska Career Ready), users can take a set of surveys to find out what skills they have or may need for a variety of desired jobs.

A user may select online courses for improvement in weak or under-skilled areas. Classes may be taken at the user's own pace, and are given in the context of a work environment to make them more relevant.

In recognition of completion of the courses teaching the skills necessary, a "Career Readiness Certificate" is issued. At least 40 other states also offer these certificates, which some businesses and educational institutions recognize as valid proof of a particular skill set.

Made health care transparent through the use of technology

Tele-medicine has often been lauded as a solution for providing individuals living in rural or hard-to-reach areas (and Alaska has plenty of those) with care and good judgment from a qualified doctor who would normally be easy to reach in town. 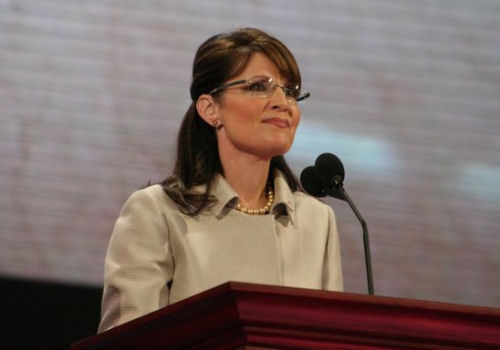 An action that defines Gov. Palin's stand on long-distance distribution of services, was her effort to rework the natural gas pipeline deal forged by her predecessor, Gov. Frank Murkowski. The former governor had struck a deal with major oil companies, prior to commencing the actual pipeline construction project.

She didn't like that much, and just about everyone in Alaska knew it. So she scrapped the deal, replacing it with one that involves a bidding process. Already, TransCanada has secured a deal with Alaska to build this pipeline which could dramatically improve the state's economy.

The way Palin approached this particular problem suggests she may be in favor of not having any one provider be given preference to build out broadband pipes to a specific area. While one Internet service provider could end up owning the entire pipe -- an approach that would be copacetic with that of her would-be boss, Sen. McCain -- that provider would likely need to provide proof of how it would handle competitors.

Transfer the natural gas pipeline affair to the net neutrality debate, and it seems like Palin would not object to companies agreeing on their own about how to handle traffic of competitors.

It does not seem that Palin has taken any substantive broadband policy as governor of her state, and has actually declined to take a position when asked. That failure to formulate an opinion could be telling, especially considering Alaska has one of the lowest median data rates in the country.

According to a study by the Communications Workers of America, Alaskans connect to the Internet at a slow average of 800 Kbps, the worst in the nation. While geography is obviously a key issue here, there's a viable argument in favor of prioritizing an information pipeline -- whether it's on the ground or in the sky -- equally with respect to a natural gas pipeline.

Stateside Associates, a government analytics firm, attempted during the 2006 gubernatorial election to get both then-Mayor Palin and Democratic candidate Tony Knowles' positions on broadband access issues. Palin declined to respond, and the agency could not find anything that indicated what position she might have taken. So there's a big blank on her record, which remains today, even after BetaNews' direct invitation for her to fill it in.

Sen. Barack Obama has made government transparency part of his platform. Gov. Palin has indeed taken that a step further by actually taking action in Alaska government. Currently, any check written by the state government over $1,000 is posted to the Division of Finance Web site.

While the service is not yet a requirement under law, there have been attempts to codify this requirement, including an effort to make government information searchable through a Google-like Web site.

FOR MORE from Ed Oswald:
189 Comments

189 Responses to Where does Sarah Palin stand on technology issues?