Apple needs Jony Ive more than it does Steve Jobs 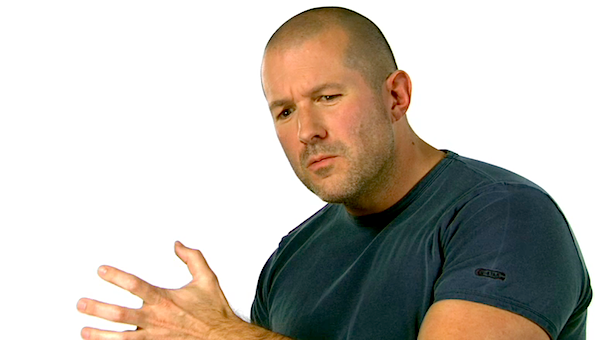 There has been lots of recent speculation about whether Apple can go on without its CEO should he not return from medical leave. Steve Jobs may be visionary and iconic, but Jony Ive's value simply can't be overstated. Apple's vice president of industrial design has influenced most of the major hardware product designs since joining the company in 1996. I have long felt that Apple could more easily go on without Jobs than Ive, but never really had cause to state so until today, following a report from the Sunday Times of London that is spreading like wildfire across the InterWebs.

Ive is the creative genius behind designs for iPad, iPhone and iPod, which, combined, accounted for two thirds of Apple revenues during calendar fourth quarter. He takes credit for Macs, too -- aluminum PowerBook, iMac, Titanium PowerBook and unibody MacBook Pro. Ive is an indispensable employee -- like Chief Creative Officer John Lasseter is to Pixar -- someone Apple shouldn't want to lose. If the Times report is even marginally accurate, Ive and Apple are in a tuff over whether he works in Silicon Valley or his native United Kingdom. The outcome raises questions about his departure from Apple.

It's not exactly the rumor Apple wants circulating days before this week's reported iPad 2 launch. The spotlight on absent Jobs is tough enough. Ive's departure would make matters worse. If the Times story proves right, it will be the classic struggle of priorities, putting family before profession. According to the Times, Ive and his wife "want to educate their twin sons in England." The paper quotes a family friend as saying that Apple's board has informed Ive he cannot return to England and stay with the company.

So there comes Ive's choice: Apple or his kids.

Something else: There has been speculation for years that Ive would be one possible Jobs replacement. Assuming Ive has a prominent role in any Jobs succession plan, losing him would be a double blow, particularly if Apple's CEO couldn't return from medical leave. By the way, Scott Forstall, senior vice president of iPhone software, would be an even better Jobs replacement; he's another hugely valuable executive Apple wouldn't want to lose.

Ive's design approach is minimalist, while emphasizing small but important details. In February 2005, I wrote for Betanews "iPod Shuffle: Apple understated." I cataloged how minimalist design -- from iPods to Mac laptops to retail stores -- is a defining characteristic:

The iPod Shuffle is so remarkably understated some competitors are aghast at the appeal. I've talked to vendors that have dismissed iPod Shuffle because of its lack of features, such as a display or FM radio. But they fail to realize that these extras add complexity...

Then there is that white, so greatly understated, that Apple has turned into a billboard. If you see white headphones, an iPod is almost certainly attached. Or a white computer, it's almost certainly a Mac. How does a company get the corner on white? What could be more ubiquitous than white? But I would argue that Apple has done just that, and it wouldn't be the first company to so. For years, white soap was associated with Ivory. Plain and simple, and understated.

In a world of color, white dramatically stands out. And so iPod headphones or iPod Shuffle hung round the neck will stand out, as status symbols and as billboards for Apple products. The understated is what gives Apple products so much distinction.

Aluminum is Apple's new white, and it's just as distinctive yet understated. Ive is the architect behind minimalism that defines Apple products. Sure he leads a team of about a dozen designers, but can they really go one without their visionary guiding light? Jobs is the other visionary. Apple's worst-case would be losing both Jobs and Ive.

But Apple already is prepared to lose Jobs. COO Tim Cook effectively ran day-to-day operations during Jobs' six-month medical in 2009; Cook is running the shop again. Surely, Apple has a succession plan in place for Jobs, even if it's publicly undisclosed. Losing Ive could be harder, if more sudden.

If Ive's outstanding Apple shares held back his UK plans, they may no longer. The Times reports that Ive is eligible for a $30 million stock grant. Purchased in 2008, the stock couldn't be cashed in for three years, and Apple's currently high-flying share price is reason enough to do so.

All this said, it's my experience that behind stories like this one there is a backstory, with someone leaking information for another purpose -- in this case, Apple and Ive negotiations reaching a dead end. The Times story could actually strengthen Ive's negotiating position with Apple, particularly if Wall Street analysts and investors react negatively to rumors he might leave the company.

I see Ive as an indispensable Apple executive, whose long-term loss would be even more detrimental than Jobs leaving. What do you think? Please share it in comments.