RIM hasn't exactly been having the best time with BlackBerry recently. The formerly leading smartphone brand has been rapidly losing market share to Android and iOS, and the repeatedly delayed BlackBerry Playbook tablet has reportedly missed sales targets by a mile. RIM stocks lost over 50% of their value in the month of June, and most recently the company had to begin laying off 10% of its workforce.

So with this new product launch, RIM isn't trying anything too crazy, it has improved the functionality and usability of the more traditional BlackBerry Bold, has ushered in the second generation of its Torch slider, added a new all-touch Torch model, and rolled them all together under the banner of the new BlackBerry 7 operating system, which represents something of a "fresh start" for BlackBerry. 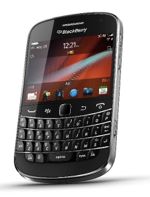 Bold 9900/9930 - The design of the new Bold should be familiar to all by now, as it's mostly unchanged from the previous generation. RIM, however, says this is its thinnest BlackBerry yet with a thickness of 10.5mm (just as a point of reference, iPhone 4 is 9.3mm thick) so it's got that going on for it, and it also is the first BlackBerry to contain a built-in NFC chip, so it's on par with the Samsung Nexus S in that respect. The Bold's display is 2.8" (640 x 480) and features multi-touch capabilities, it has 8GB of onboard memory and a microSD slot that supports up to 32GB cards for a total of 40GB of memory, it has a 5 megapixel flash camera with 4x digital zoom and 720p video capture capabilities, integrated GPS, 802.11 b/g/n (2.4GHz) and a/n (5GHz), Quad-band GSM, and Tri-band UMTS/HSPA. 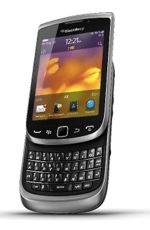 Torch 9810 - This is the second BlackBerry to use the portrait slider form factor, and it features a 3.2" touch display and full QWERTY keyboard underneath, it has a 5 megapixel camera, 802.11 b/g/n, Quad-band GSM and Tri-band UMTS/HSPA connectivity. 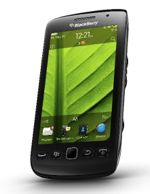 Torch 9850/9860 - RIM has been trying all-touch BlackBerry devices under the BlackBerry Storm brand since 2008, and in the beginning of 2011, rumors began circulating about a new Storm with the code name "Monaco".

Monaco turned out to not be a Storm at all, but a new Torch. It has a 3.7" touchscreen, which is actually the largest one to ever be used on a BlackBerry, and it is powered by Liquid Graphics Technology. It's got 4GB of onboard memory and support for 32GB microSD cards bringing the max storage up to 36GB. Like the other new devices, this one also has a 5 megapixel camera and 802.11 b/g/n, but it comes in both GSM and CDMA flavors instead of just GSM like the others.

All of these new devices will run on BlackBerry 7 OS, which represents one of the most jarring upgrades BlackBerry has ever gotten. It's not QNX-based, and no devices running older versions of BlackBerry OS will be able to upgrade to 7. Users who want the OS have to buy new devices.

Fortunately, it gives users the extremely valuable ability to separate corporate content from personal content on the device with "BlackBerry Balance," it adds support for hardware accelerated graphics and the Open GL ES 2.0 standard, as well as Near Field Communications, and a host of other new features that are currently still in beta for developers.

RIM says the new BlackBerry 7 devices will be available worldwide beginning later this month, with U.S. carriers AT&T expecting the Bold 9900 and Sprint expecting the Torch 9850.