Microsoft takes Visual Studio and Windows 8 Server to the cloud 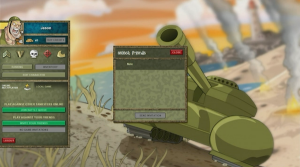 Today, Microsoft dropped the other ball during the second big BUILD developer conference keynote. The company is releasing Visual Studio 11 Developer Preview and Windows Server 8 Developer Preview. The software will be available for MSDN subscribers.

Microsoft is making available Visual Studio Team Foundation, running on Azure, which takes the software to the cloud as a service.

.NET 4.5 Preview and ASP.NET MVC 4 Preview will also be available, supporting Microsoft's big emphasis on HTML5 and improved support for CSS3. Developers will also get jQuery, which when announced, generated clapping from the BUILD audience.

The cloud announcements didn't stop there. Microsoft also announced Windows Azure SDK 1.5 and that the Windows Azure Marketplace is expanding to 25 countries next month.

The marketplace is where developers can buy and sell cloud apps/services and data. Nadella used eBay as an example. In creating its Windows Phone app, eBay tapped into Bing for pulling in data for language support. He predicted that Bing would be "critical namespace" for developers taking advantage of the marketplace.