Will you buy iPhone 4S? 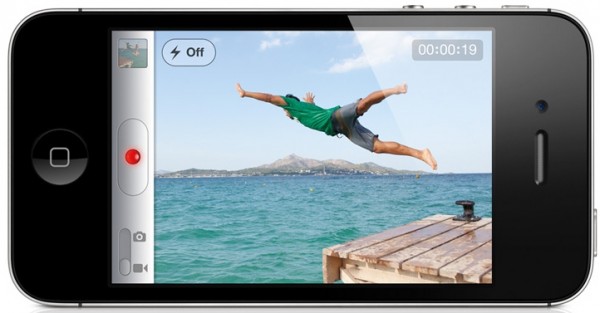 Apple also will cut the price on older models -- free for iPhone 3GS and $99 for iPhone 4 (8GB). The 4 will be available from Sprint along with the 4S. The United States' third-largest carrier has already started taking preorders on iPhone 4. As for the newer model, pricing is much like now, but with an extra SKU: 16GB, $199; 32GB, $299; 64GB, $399. Carrier-contractual commitments (two years in the United States) apply to get that pricing. The question: Will you buy iPhone 4S?

I ask these kinds of buying questions with some frequency, but I'm particularly interested in your answer (in comments and the poll below) this round because many people expected iPhone 5. Instead, Apple chose to make iPhone 4 a little better. Is that enough to pull out your credit card?

The externals, including shell and screen are the same, although the smartphone is new inside. There's a faster microprocessor (same A5 chip as iPad 2), improved graphics, 8-megapixel camera, 1080p video recording capability, Bluetooth 4.0 and other improvements. But the big benefits are i0S 5 and iCloud, both coming October 12, and these will be available for iPhone 3GS and 4.

My colleague Ed Oswald plans to buy iPhone 4S, but it's a no-brainer decision as he will upgrade from the 3GS. I'm particularly interested in the plans of people who have iPhone 4 -- or those with Android phones who had considered switching before Apple announced the new smartphone.

On Google+, I asked people about whether or not they will upgrade. Jesper Lauridsen responds: "iPhone 4S, my 3GS needs the update".

Well, maybe Ed's 3GS upgrade to 4S isn't such a no-brainer, after all.

"I call it the Borephone 4S -- and I am an Apple fan. Seriously, they missed the bus on this one", Aleic Grant comments.

On October 2, two days before the iPhone 4S launch, I bought the Samsung Galaxy S II. There will be no iPhone 4S. I have no interest.

But what about you? Will you buy? Would you buy but can't (perhaps because you're not eligible for subsidized pricing)? Please answer in comments below and the poll above.

114 Responses to Will you buy iPhone 4S?