What should Meg Whitman do with webOS? 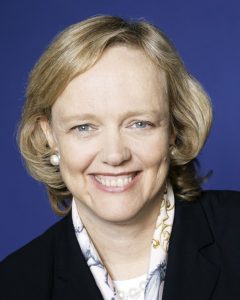 It was all hands on deck at HP Tuesday night: new CEO Meg Whitman wants to decide what to do with WebOS. HP is keeping its PC business, but there is no decision yet on the mobile platform, and some thought this would come last night.

According to The Verge -- although we can't pin down who their source is -- Whitman only kicked the can down the street, saying "it's really important to me to make the right decision, not the fast decision". Regardless, she is said to have promised a final word within the next three to four weeks.

So what are Whitman's options? Here are five possible scenarios from the most to least unlikely in our eyes. We will return to these in those "three to four weeks" to see if we are right.

1. Sell it. With HP having no immediate plans for WebOS, it should not be shocking that it's generating some interest among possible suitors. We've reported about rumors Samsung is interested in the platform here on BetaNews, and Reuters on Tuesday claimed the company is being advised by Bank of America on its options, also naming Oracle as a possible suitor.

This seems like the most reasonable of the five options. HP recovers some of its investment in Palm, and also gets a nice influx of cash. WebOS is saved, which in turn could keep all those new HP TouchPad owners happy, because the platform itself is not dead.

2. Keep it and invest. The ultimate in saying "F-U" to ousted CEO Leo Apotheker may be keeping the unit altogether. It would indicate that Apotheker's plans to change HP were not shared by the rest of the company. But it also will require HP to get serious about WebOS, and Whitman knows this.

The Verge claims she said this on Tuesday night. "If HP decides [to keep webOS], we're going to do it in a very significant way over a multi-year period". Whitman believes that "HP can make that bet", and the fact she's saying this raises some eyebrows.

For that reason we don't know which way to go on this one, but it certainly gives hope to those wishing HP would stand by WebOS.

3. Partner up. What may make WebOS less expensive for HP is some type of partnership. It has not been talked about in the tech news rumor mill, but should be considered a possibility. Take this for example: HP has expertise in hardware. By partnering up with another company to develop WebOS itself, the burden is shared and the cost lessened.

This partnership could also decentralize WebOS itself, licensing it out to other manufacturers. This seems like a win-win situation for all and gives WebOS a stronger presence in the marketplace. That said, the fact that nobody is talking about this option makes us think it's probably not going to happen, no matter how much it makes sense.

4. Spin it off. Wouldn't that be crazy. A little over two-and-a half-years after making a big deal about buying Palm, let it go. Then again, the merger has not been a great one, and bad mergers have been reversed before (can anyone say AOL Time Warner?). HP could take a minority stake in the spin-off company and attempt to recoup some of its investment in Palm.

While it makes sense on paper, a spin off would require a good deal of work and expense. It also seems like selling webOS outright or getting serious about webOS would be a wiser course for HP, and probably cheaper too. We don't think this has a good chance of becoming reality.

5. Shut it down. In the day following HP's announcement, The Guardian reported that its sources said that the company plans to shut down the division completely, cutting some 500 jobs. This would all but make its acquisition of Palm worthless, save for the patents the company may have held.

For this reason, this option is the least likely of the three. HP dumped $1.2 billion into Palm, and the residual value of the business after you take out the hardware and software is nowhere near that. HP needs something from webOS.

We want to hear what BetaNews readers think will happen to webOS. Give us your guesses and your reasoning in the comments, and we'll share them with readers in our followup story when HP makes its decision on the fate of webOS.

25 Responses to What should Meg Whitman do with webOS?