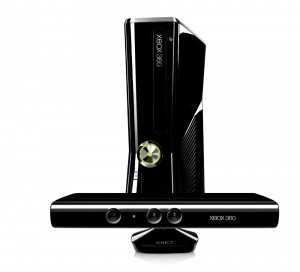 Here's something I don't wake up to everyday -- actually never. At 7:35 am ET, BetaNews received an email demanding that we remove photos from the excellent Xbox 360 review penned by one of our readers: "Microsoft requests that you remove the photos, but not the text, of this story, because the images are copyrighted and were released in violation of an NDA".

BetaNews is investigating the matter, and I will appropriately respond. BetaNews respects copyrights and non-disclosure agreements. It's one reason you see so few rumor stories and supporting photos here. We assume that the writer took the photos and that he participated in the Xbox 360 dashboard preview program. Reviewers take photos all the time while under NDA or embargo and publish them after the restriction lifts. BetaNews posted the review (and accompanying photos) after Microsoft publicly announced and released the autumn 2011 Xbox 360 updates. We assume for now that this is a misunderstanding.

If it turns out that the writer didn't take the photos (I'm awaiting his reply to email), BetaNews will remove them, of course, or obtain rights to use them (if possible). The reviewer took the photos the day the Dashboard updated, and he has offered a fresh set taken today. Microsoft's take-down notice cites NDA violation, which perplexes me, since the review and photos posted after Microsoft started distributing the Xbox 360/Live updates.

To be clear, I deliberately do not name the review's writer, even though his name is quite visible when linking to the story. Search engines give the Internet longer memory than an elephant. Particularly since I assume this is all a misunderstanding, his name shouldn't be forever linked to this take-down request.

BetaNews stands by its readers, which is another reason you're reading a public response to Microsoft's request. I will take it as a personal affront should Microsoft choose to ban our reader from participating in future beta programs. He responded to my call for reader reviews, after Microsoft ignored repeated requests for Xbox 360 and Kinect loaner so that I could test the dashboard, Kinect and entertainment updates and write a review. In a way, I'm glad, since our reader did such exceptional work.

I've got some advice for Microsoft: Learn who your friends are. Enthusiasts are your best evangelists. We posted a 3,200-word review from an enthusiast who gave high praise to the autumn 2011 updates. He should receive gracious response from the Xbox 360/Live team rather than our getting a take-down notice for the photos.

That's friendly advice. My ultimate goal is to resolve this situation amicably.

Text of the take-down notice, with email address of the sender redacted:

We are writing to you in relation to https://betanews.com/2011/12/06/metro-dashboard-makes-xbox-360-feel-like-a-brand-new-console-review/

Microsoft requests that you remove the photos, but not the text, of this story, because the images are copyrighted and were released in violation of an NDA.

The images in question are:

Posting of Microsoft’s confidential information as described above is not authorized by Microsoft, any of its agents, or by law.  We request that you immediately take steps to remove this material from your website.

We appreciate your cooperation in this matter. Please advise us regarding what actions you take.

I emailed this response before posting:

We currently are investigating this matter and request some additional information. What exactly about the photos violate a NDA? We posted the photos, which we assume the reviewer took (I'm awaiting email confirmation), after Microsoft publicly announced and released the autumn 2011 update.

BetaNews fully respects NDAs, but we're confused how these photos violate any non-disclosure agreement that presumably has lifted. Could you explain further, please? So that we might act appropriately and responsibly.

I'll update you once Microsoft responds.