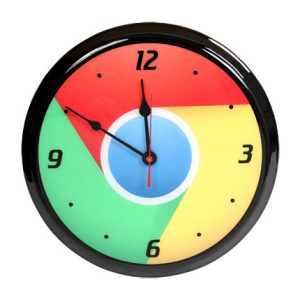 Microsoft and Mozilla simply couldn't ask for a better situation. At a time when usage share for their respective browsers sinks, the world's No. 1 search engine has effectively stripped up-and-comer Chrome from meaningful search ranking. Google demoted Chrome, following a sponsored-link scandal that violates its own policies about paid links. If you Google "browsers" today, unlike yesterday, Chrome won't appear among top results and is buried pages below.

From one perspective, Google did the right thing, treating itself and its own product like any of its search customers. Throughout 2011, Google was on a tear to purify search rankings of shenanigans like this one. But from another viewpoint, Google had no other choice. Its business is about trust, and the company can't be doing what it prohibits others from doing. Then there's that pesky antitrust investigation and allegations Google favors its own stuff in searches.

The scandal is in some ways a worst-nightmare scenario for Google. Simply stated: Google hired company A to advertise Chrome on the web. Company A outsourced the work to Company B, which paid bloggers to write sponsored stories about the browser. Google responded by stripping Chrome's PageRank.

Before telling the story, let me frame it like this. Three years ago, Matt Cutts, head of Google's webspam team, laid out his position on sponsored links: "Paid posts should not pass PageRank...We do take the subject of paid posts seriously and take action on them". In this instance, Google took action against itself.

Aaron Wall broke the story two days ago at SEO Book, and Search Engine Land's Danny Sullivan relentlessly followed up, starting with "Google’s Jaw-Dropping Sponsored Post Campaign For Chrome". The reporters observed sponsored Chrome posts appearing in search results. Google had hired Essence Digital to conduct a Chrome ad campaign. ED outsourced the work to Unruly Media, which specializes in video marketing, and that's what Google wanted for the Chrome campaign. What the search and information giant apparently didn't sign up for was sponsored posts.

We want to be perfectly clear here: Google never approved a sponsored-post campaign. They only agreed to buy online video ads. Google have consistently avoided paid postings to promote their products, because in their view these kind of promotions are not transparent or in the best interests of users.

In this case, Google were subjected to this activity through media that encouraged bloggers to create what appeared to be paid posts, were often of poor quality and out of line with Google standards. We apologize to Google who clearly didn’t authorize this.

Will Google Ban Google Chrome? Paid links drew much attention last year, after Google penalized JC Penney, as well as Forbes and Overstock for using them. Google even banned BeatThatQuote, one of its own companies last year, BeatTheQuote, over the issue. In 2009, Google penalized Google Japan for its own search results for the same issue, not removing it but reducing its ability to rank for 11 months.

Last night, the vacationing Cutts responded in a Google+ post:

I’ll give the short summary, then I’ll describe the webspam team’s response. Google was trying to buy video ads about Chrome, and these sponsored posts were an inadvertent result of that. If you investigated the two dozen or so sponsored posts (as the webspam team immediately did), the posts typically showed a Google Chrome video but didn’t actually link to Google Chrome. We double-checked, and the video players weren’t flowing PageRank to Google either.

However, we did find one sponsored post that linked to www.google.com/chrome in a way that flowed PageRank. Even though the intent of the campaign was to get people to watch videos -- not link to Google -- and even though we only found a single sponsored post that actually linked to Google’s Chrome page and passed PageRank, that’s still a violation of our quality guidelines, which you can find at http://support.google.com/webmasters/bin/answer.py?hl=en&answer=35769#3 .

In response, the webspam team has taken manual action to demote www.google.com/chrome for at least 60 days. After that, someone on the Chrome side can submit a reconsideration request documenting their clean-up just like any other company would. During the 60 days, the PageRank of www.google.com/chrome will also be lowered to reflect the fact that we also won’t trust outgoing links from that page.

What this essentially means -- and here's the wicked, sweet irony -- searches for Chrome rank higher in Microsoft's Bing than Google. At Bing, when searching for "browsers", Chrome is top result, followed by Internet Explorer. At Google, Firefox and Opera top the results. Chrome appears on page 6 of Google's results.

So if you use Google today and want to search for Chrome, it's much harder than it was yesterday. Will Firefox or IE gain meaningful browser usage share because it? Probably not, but every little barrier helps. Then there's the delicious irony for them to feast on.

That said, search for "Chrome" and wonder just how much Google really penalizes its browser. Top result isn' the shiny stuff, but, you guessed it, Chrome. So much for penalizing PageRank.