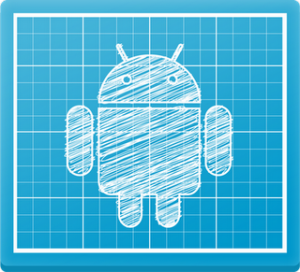 If you're writing apps for Android, or even thinking about it, Google has a new site for you: Android Design. Well, I think it's new. A blog post popped into my RSS feeds late this afternoon, but dated yesterday. So I can't say whence came Android Design.

Christian Robertson, the guy behind the Roboto font family used in Ice Cream Sandwich -- you know, Android 4.0 -- calls the new site "the place to learn about principles, building blocks, and patterns for creating world-class Android user interfaces. Whether you’re a UI professional or a developer playing that role, these docs show you how to make good design decisions, big and small". Heck, even if you're just an Ice Cream Sandwich user (gimme Galaxy Nexus), Android Design is worth your time.

Why end users? Because the site goes into vivid detail about the design principles behind Ice Cream Sandwich. It's essentially the operating systems' story -- and that will grow with the number of devices. Until this week's Consumer Electronics Show, Android 4.0 was available just on Galaxy Nexus or to those Nexus S smartphones having received the update (I'm still waiting for it). But several mobile device manufacturers upped their commitment during CES. For example, ASUS Eee Pad Transformer Prime will get ICS imminently and new Huawei MediaPads will ship with Android 4.0 later in the quarter.

Ice Cream Sandwich is the future of Android, closing the fork between Gingerbread (for smartphones) and Honeycomb (for tablets). Whatever design principles Google applies here will carry forward to future versions. Perhaps there will be future integration, between Android and Chrome OS, down the road -- or Android could someday replace the browser-based operating system.

Perhaps because of my profession, I glommed on to writing guidelines for developers' apps, which could apply to day-to-day communications for anyone:

1. Keep it brief. Be concise, simple and precise. Start with a 30 character limit (including spaces), and don't use more unless absolutely necessary.

2. Keep it simple. Pretend you're speaking to someone who's smart and competent, but doesn't know technical jargon and may not speak English very well. Use short words, active verbs, and common nouns.

3. Be friendly. Use contractions. Talk directly to the reader using second person ("you"). If your text doesn't read the way you'd say it in casual conversation, it's probably not the way you should write it. Don't be abrupt or annoying and make the user feel safe, happy and energized.

5. Describe only what's necessary, and no more. Don't try to explain subtle differences. They will be lost on most users.

6. Avoid repetition. If a significant term gets repeated within a screen or block of text, find a way to use it just once.

I agree with all but the last, for general writing (apps are different). In long-form writing, a little repetition helps to emphasize the point.

As for Android Design, Robertson promises: "The Android User Experience Team is committed to helping you design amazing apps that people love, and this is just the beginning. In the coming months, we’ll expand Android Design with more in-depth contents".