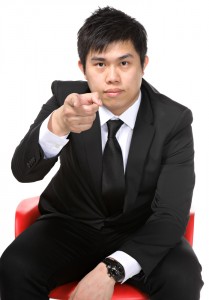 Microsoft had better hop to it and release Windows 8, because iPad adoption among enterprises is way up -- and that's without Apple really trying to sell tablets there.

Bolstering a January IDG Connect Study, ChangeWave finds that one in five businesses will buy a tablet next quarter, with the majority overwhelmingly planning on iPad. That's 84 percent, up from 77 percent in November. Meanwhile, interest in all competing tablets declined.

ChangeWave conducted the buying survey before Apple announced the new iPad, last week, which means the percentage might even be higher, given the new model's compelling, high-resolution display and $100 price cut on older, 16GB iPad 2.

Apple's gain comes with great pain for iPad competitors. "The impending release of the new iPad is also having an impact on business purchases of tablets made by other manufacturers", according to ChangeWave. The survey of 1,604 business IT purchasers "shows an across-the-board decline in next quarter buying of tablets from other manufacturers".

Surprising: Amazon ranks No. 3 behind Samsung. For what purpose would any enterprise want Kindle Fire?

The findings come a day after a bold prediction from Gartner: By 2014, the cloud will replace the PC as the "center of users' digital lives". The PC will remain; it simply won't be the hub. "Users will use a collection of devices, with the PC remaining one of many options, but no one device will be the primary hub", Steve Kleynhans, Gartner research vice president, says. "Rather, the personal cloud will take on that role. Access to the cloud and the content stored or shared in the cloud will be managed and secured, rather than solely focusing on the device itself".

The point: Enterprises are the key to change. They also happen to be Microsoft's core market. Every iPad, or other tablet, sold today is one Windows 8 or Windows on ARM devices won't see tomorrow. There's a general consensus among BetaNews commenters that Microsoft will retake the enterprise from cloud-connected devices after Windows 7 successors ship. But enterprises adopt new technologies slowly. That works for Windows PCs when enterprises sit tight or take their time evaluating something else. The behavior will work against Microsoft and its partners for businesses already deploying tablets -- and that really means iPad.

Remember, Windows 8 tablets are, at best, a fourth-quarter reality. Does your enterprise wait on what might come or what's available -- and good enough -- today?

Those businesses adopting iPads today are undergoing behavioral changes affecting PCs. "Fully 51 percent of IT and business decision-makers say they always use their iPad at work", according to IDG Connect. Sixteen percent have replaced their laptop with an iPad and 54 percent supplement it.

"Could a tablet 'completely replace' a PC or laptop for some users?", BetaNews reader crawdiddle asks, in response to the IDG Connect findings. "Of course it could. Some people, even many inside of corporations, don't have to run enterprise Windows apps and can get by having email access, web access, and something to read office documents. When the dust settles, some may find a tablet too restricting and choose from the other closely related 'lower end' computing devices like netbooks or ultra books".

Robert Johnson adds: "I use an iPad at work. But honestly, there are a ton of iPads around here and there's just not a ton you can do on them. It really is a device primarily for consumption but you have to jump through hoops to use it otherwise. From my experience, MS should have no problem in the enterprise. Consumers? That's a different story".

Perhaps, but there are plenty of consumption uses in business. What happens when enterprises start developing in-house apps for iOS -- not just for iPads but iPhones? Please answer in comments; I reserve mine for another post.