Internet Explorer rises from the dead, and, whoa, that's not good for Firefox 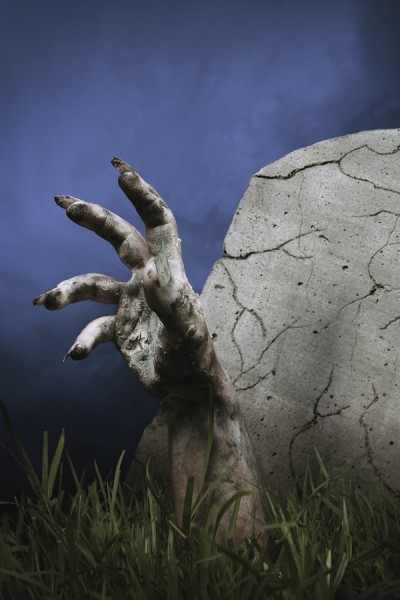 What seemingly started as a fluke, suddenly is a trend. In April, Internet Explorer gained usage share for the fourth consecutive month, reversing a long, steady decline. That's the view presented by April browser usage data Net Applications released today. IE share rose to 54.09 percent -- that's up from 53.83 percent in March and 51.87 percent in December. The question: Are these gains sustainable? Can IE rise up, after loosing more than 40 points of share over 7 years?

By that scenario, Chrome growth should recover following PageRank restoration, which it did in April but not March. Usage share was 18.85 percent and 18.57 percent, respectively. That's well below December's high of 19.11 percent. Chrome has taken share away from Firefox, which now is assaulted from above and below. In April, Mozilla's browser reached its sixth consecutive month of usage share declines. Continued gains by both Chrome and Internet Explorer foreshadow further erosion and Google's browser eventually taking second place.

In a way, Chrome already has. For some months now, Google's newest Chrome -- and the browser refreshes about every six weeks -- consistenly ranks above Firefox. In April, IE8 and IE9 led, with 26.22 percent and 15.91 percent share, respectively. Chrome 18 and Firefox 11 followed, with 13.97 percent and 11.35 precent respective usage share.

There is also the convergence theory -- that IE benefits from multiple factors all happening around the same time, such as Windows 7 adoption, lingering and perhaps permanently debilitating effects of Chrome PageRank reduction and weakening Firefox enthusiasm, among others. I outlined some of these factors a month ago today.

Microsoft has access, as a paying NetApps subscriber, to data I don't. In a blog post today, Roger Capriotti, Microsoft's director of Internet Explorer product marketing lays out browser usage share for Windows 7:

There's another example of Chrome already ahead of Firefox -- and considerably so.

Microsoft took a risk by releasing Internet Explorer 9 for Windows Vista and 7, but not XP, nearly three years ago. Even now, the Windows XP install base is greater than Win7's. Firefox and Google stuck with XP, which helped their respective browsers. But, finally, Windows 7 is gaining real momentum, with more than 500 million licenses sold and 40 percent deployment among enterprises.

Interestingly, Google follows Microsoft's example, by releasing Chrome for Android, which now is beta, only for Ice Cream Sandwich. At least for now, the browser isn't available for older Android versions. As of today, ICS is on 4.9 percent of Android devices that accessed Google Play within the last 14 days.

Microsoft's IE9 strategy may finally be paying off with increased Internet Explorer -- timing that converges with Chrome's search penalty, Mozilla's struggle to keep Firefox appealing and an aggressive and compelling "Beauty of the Web" marketing campaign. Then there's Microsoft's adoption and advocation of emerging web standards.

For the convergence theory, there's this: IE8 and IE9 both gained share month-on-month March to April, which indicates something bigger than Windows 7 pull going on here. Could it be perceptions about Internet Explorer are changing? You tell me.

24 Responses to Internet Explorer rises from the dead, and, whoa, that's not good for Firefox