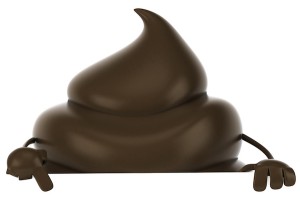 It's another dress-down Friday here at BetaNews, and how could I resist dressing down Apple's Siri when cofounder Steve Wozniak makes doing so easy? Besides, I've already asserted "Siri sucks", then there is that lawsuit about the voice assistant. Speaking of Apple legal wranglings, who needs enemies when you've got friends like Woz. Surely the lawyers behind that lawsuit are drooling all over the Times Union, where the comments appeared.

He's not alone. The lawsuit focuses on misleading advertising. BetaNews reader Duke Fawcett: "The crime is the commercials that make it seem like it actually works. A quick disclaimer at the bottom of a 30-second commercial says sequences shortened. No shit. If you tried to do what was shown, it would take you 4 times as long. Jobs is still laughing at you" (I cut out the part about aliens).

"The worst part about Siri is they advertise it as such a great thing, when it clearly does not work as well as stated", gerryf comments. "That is my gripe with Apple. Oddly, not mentioned here, but Windows Phone voice commands works better than both iOS and Android in my experience (got one of each phone)".

But reader Chandana Kulatunga makes a good point. "Suck or not suck, once again Apple put technology in the hands of millions. And again, everyone is following. [It's] not a gimmick if most like it and if competitors are trying to match it". (I cut out the part about me).

Reader malin chimes in: "Most non-smartphone owners (the pool for smartphone growth) don't even know that Android can do anything with voice. Siri may not be perfect, but everyone including grandmas knows it exists -- that is a huge success for Apple. Being first (to advertise), especially when what it takes to make something good is a large tester base using it, is very smart".

But it's more than being first to advertise. Apple was first to brand. Microsoft bought TellMe five years ago, with one goal making voice a primary user interface for mobile devices. Microsoft had market lead but Apple seized the branding. Similarly, Google added terrific voice capabilities with release of Nexus One in January 2010. But, again, there was no brand identity to the feature.

For all the talk about other companies imitating Apple, I'm still stunned so few copy the approach of branding discreet features. If this story was about Android voice being crap, how many of you would remember in a week or a month? But most everyone will remember Siri. In marketing there is no bad publicity. People tend to remember the brand, not what was said about it. From that perspective, Siri wins. People will remember the commercials about how it's supposed to work whenever it does and feel good -- not that for awhile Siri was "poo-poo".