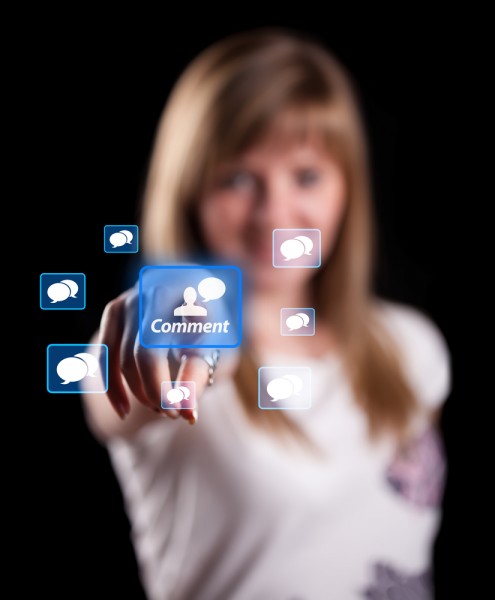 If you still have a MySpace you likely fit into one of three groups: You forgot to formally delete your account; you are trying to advertise your small-time band to a couple dozen hardcore leftover users; you log into MySpace right after you finish signing into AOL Desktop merely as a matter of old habit.

But I'm not interested in singling out those still using the service, as the droves of users who have dumped the website outright far outnumber the faithful by now. I'm outlining something I'd call the "MySpace Effect".

Last year, MySpace shed as many as 10 million users in the single month of February. That's more than a Spring cleaning, it's more akin to a Spring wipeout. While direct comparisons between the dreadful downfall of MySpace and the current outlook for Facebook and Twitter may not be directly applicable, there can be some general extrapolation made to some of the early signs of things (soon) to come.

If Facebook's loss of 2 million users over the past six months is telling about anything, it's that the social media craze of yesteryear has peaked -- or is even on the slight decline already.

When I was in college, Facebook still had a purpose. These were the days when the service was designed for college users only, and there was a sense of exclusivity for the site. But it wasn't the VIP club aspect that kept people like myself coming back daily. It was the tightly knit community feeling that existed among users back then. There was no such thing as Timelines to create online effigies of a life scrapbook. Advertising on the website was non-existent, and it was the discussion between classmates that kept you interested at next login -- not the useless updates about all five of your closest buddies checking in at the dive bar down the street.

Facebook and Twitter can boast about user numbers all they want, but those figures don't solve the core problem their products are causing: social media depression. More acutely, the American Academy of Pediatrics dubbed this new disorder Facebook Depression.

While CEO Mark Zuckerberg's brainchild takes name credit for the problem, I see clear lines between similar behavior affecting both obsessive Facebook and Twitter users. Utah Valley University came out earlier this year and solidified these initial connections between heavy social media users and health problems. Their study linked low self esteem to the very users who have a hard time logging off.

I've personally dropped my social media usage by fair margins. The Twitter account I had over a year ago was deleted after my dissatisfaction with the service, and my Facebook account now exists solely to keep tabs on my company FireLogic's presence on the network (if a personal account weren't necessary to handle this, I'd likely shut that side of my presence too.) I can see how people entrap their lives in the endless cycle of playing social catch-up. Your friends do something fun and exciting, so you have to one up them and display it to the world. They, likewise see the updates and get caught in the same euphoric reaction, and the downward spiral continues without end until one eventually gets diagnosed in the newly dubbed (and still relatively murky) Facebook Depression.

Are the 2 million users who logged off Facebook in the former part of 2012 a group that has grown disenfranchised with the "game" of keeping up with friends? Or are they merely jumping ship to other services like my favored Google+? Or perhaps, another scenario: are they just logging off from social media altogether? It's hard to say, and while there aren't any clear numbers to back up any hypothesis yet, I'd fairly assume that it's a healthy mixture of some or all the above.

Twitter's Content comes from under 1% of its User Base

Never mind the fact that research firm Pear Analytics came out with a study in 2009 that pinned over 40 percent of all tweets generated as "pointless babble." Even if four of every 10 tweets generated mean nothing to anyone, the Twitter faithful will still clamor to the 60 percent of tweets that still have some value. A pair of Rutgers University professors beg to differ, however, and in 2009 further proved that 80 percent of users on Twitter are merely on the service to promote their own self-centered activities: what they're wearing, where they're going, and what they're thinking. Maybe Time magazine got it right in 2006 for their Person of the Year special; perhaps it is all about us in the end.

If Twitter is supposed to give every user the power to disseminate useful information, then even more troubling to its longterm survival is the fact that 50 percent of all tweets generated come from only 0.05 percent of its users. How is this so, you might ask? Simple. Twitter's initial appeal of "me-power" eventually wears off for most users and they utilize the service to follow the legions built before them. Namely, that stands in the form of the Twitter upper-echelon that control the bulk of information shared on the service.

The "big four" as they call them include media, organizations, bloggers and celebrities. If this is truly the case, is Twitter even necessary as an information survival tool in the first place? I myself figured out that Google Reader still did a better job in delivering the news that I cared about, hence part of the reason I dumped Twitter altogether.

What does such a top-heavy service like Twitter truly offer for the long term? Once the big four start flocking to new avenues of user interest, I think Twitter will be joining in the MySpace emigration party. The above numbers clearly carve out a picture of the service that is anything but the idealistic "information nirvana" that enamored its claim to fame.

Google+ fosters a Breath of Fresh Air for Users

I'm not the only one who feels optimistic about the hopes for Google+ as a viable alternative to the aforementioned. While I'm not as active on the service as I'd like to be, perhaps that's the reverse psychology on why I enjoy it when I do log in: there's no feeling of being left out. There's almost an unwritten rule of the land on Google+, which keeps the update feeds fairly clear of photo dumps from overzealous vacation trips, status updates from wild bar nights and the other useless banter which Facebook and Twitter are flooded with. I'm not sure where the different thinking actually lies. Are users flocking to the service as a means to escape Facebook-ness? Can't say, but whatever it is, it's working.

Google+ must be doing something right though. While Facebook's users are starting to log off, and Twitter continues to get hammered by its "big 4" categories of tweeters, Google+ wins the hearts and minds of American users. Of all the social media heavyweights out there, the only service that can take top honors next to Google+ is Wikipedia. In the truest sense I wouldn't consider Wikipedia on the same level as Google+, but definitions aside, the bigger problem here is that Facebook and Twitter are languishing at the bottom of the satisfaction survey. In fact, the only service that ranks lower in satisfaction than Facebook is MySpace, and that's merely due to technicality since the website isn't being measured for satisfaction any longer (if you're curious why, check my second paragraph to this article.)

Where is the disparity, then, between the supposed upticks in user counts and downticks in satisfaction? I'd argue that while both Twitter and Facebook are still growing user bases in new territories overseas, the formerly entrenched State-side faithful of both websites are starting to feel a bit different about their appetites for established social media. While Pinterest has garnered some of the attention of a meandering (mostly female) user base, its satisfaction numbers still lag a fair margin behind that of Google+.

A more respectable argument would be that a good portion of these users leaving Facebook specifically are tired of being stuck in a constant uphill battle of social competition. At a certain point, one must ask: is it worth it? Waking day to day to merely get back onto the hamster wheel of virtual social movement?

Judging from the referenced statistics coming out about user behavior on both Facebook and Twitter, I think permanent separation is becoming a more tenable option for a growing majority.