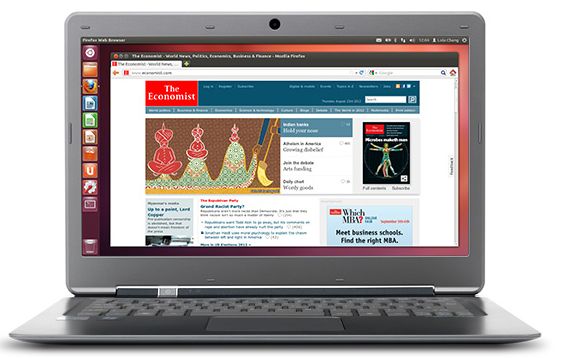 Is it possible to still be an early adopter and only start using Linux full-time now?

Linux is the supreme software conquest for me, and one particular distribution has tormented my early adopter "lifestyle" -- Red Hat Linux. It's now long gone, abandoned by parent company Red Hat, though it was given a new lease on life through Fedora and Red Hat Enterprise Linux.

Ten years ago, I stumbled upon a magazine that came with a copy of Red Hat Linux 7, and I was so tempted to try it and see how it felt to run something other than the Windows editions of the day. My experience was less than ideal back then, but I've re-encountered Ubuntu and the spark has reignited...

Something "magical" happened after writing "How to install Ubuntu on VMware Workstation" -- I rediscovered Linux through Ubuntu. It was refreshing to experience just how far Linux evolved from my Red Hat days that I'm tempted to use it as my primary operating system...Have I gone mental?

Considering I was about 14 years old when I made my first attempt at Linux adoption with Red Hat, I am willing to take full responsibility for my failure to embrace it. Back then, I had no Internet access (that in itself might have been a pain to set up considering my background) so my only source of guidance was the magazine that I actually bought and not "stumbled upon," and two installation CDs. It was awful.

It's still all fuzzy to me how I even managed to complete the install, but suffice to say I learned a lot more than I bargained for. Installing applications was something out of the ordinary for me, since I didn't ever have to use the terminal before, so I was completely locked out of using my computer because Red Hat was so darn complicated for me at the time.

It doesn't take much to understand why Ubuntu is so appealing to me: it's easy to install and it can do pretty much everything that Windows can. But it's got something else that Microsoft can't offer me right now: the element of surprise, the "wow factor" that's missing from Windows 8. As much as I like using Windows 8, it's just not giving me that thrill of fiddling with a new operating system like Ubuntu does.

Satisfying my curiosity is one thing. But there's another thing: I'm tempted by free software. Ubuntu is free and so are plenty of other Linux distributions; that makes it all the more attractive. Have I mentioned that it's really easy to set up and use?

And there's another argument right there. Simplicity and ease of use are important when coming from Windows and I honestly want to avoid befriending the terminal. I want to fiddle with it at some level like I mentioned, but I want to steer clear from terminal-level complications and that is another reason why Ubuntu fits the bill.

The biggest issue that I currently have with Linux in general is that I can't run AutoCAD and some engineering software just like I would in Windows, but that's it. Some programs just are not designed to work in Linux, and the sooner people accept that the better. It's easier said than done, so I'm still weighing in my options.

A simple search in Ubuntu Software Center shows LibreCAD, which might not be as capable as AutoCAD but should manage simple tasks. Simple or less complicated is preferred to bloated in my book, but LibreCAD does not cover even basic functions that work seamlessly in AutoCAD. Most of the time I don't need 90 percent of the features in AutoCAD, but honestly, LibreCAD doesn't even come close to it. Maybe there's too much expectation for a niche product, or there is a better program out there that isn't turning up in the Software Center?

The programs that come with Ubuntu are not fully fledged, but that's fine because neither are the ones in Windows. Take for instance LibreOffice Writer. That covers basic composition functionality, but if it is not enough, it can always be replaced with a more capable OpenOffice which might be familiar to those running Windows. The same goes for VLC, the popular video playback software available on Linux and Windows as well as other platforms. Simple needs are covered, all it takes is a simple search to find alternatives if not the same available on Windows to install.

In one of my first articles for BetaNews, titled "What will it take to make Linux popular?" I offered a solution to help boost Linux popularity, and it looks like it might come earlier than I expected. Android is a fantastic method to showcase the way Linux can be popular, and on the desktop side, distributions like Ubuntu can make that happen.

The reasons are all over the place: easy to install, easy to use, light on resources, and able to cover basic functionality all without sacrificing its good looks. Windows 8 looks somehow less inspiring while Linux marches on.

I'll go out on a limb here and suggest Ubuntu might provide the breath of fresh air that other early adopters expected from Windows 8, but didn't find. Why not?