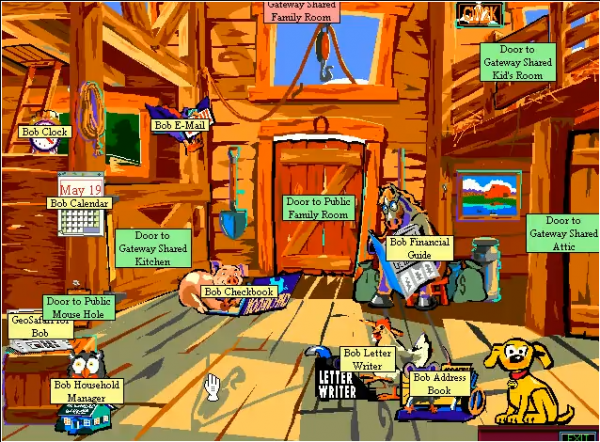 Windows 8 is just over a month from hitting the market and my sense is that this initial release, at least, will be at best controversial and at worst a failure. Microsoft is simply trying to change too many things at once.

What we have here is the Microsoft Bob effect, where change runs amuck simply because it can, compounded in this case by a sense of panic in Redmond, Wash. Microsoft so desperately needs Windows 8 to be a huge success that they’ve fiddled it into a likely failure.

Microsoft Bob, if you don’t remember its fleeting passage in 1995, was a so-called social interface for Windows intended to be used by novices. The idea was that Bob should be so intuitive as to require no instruction at all. And it succeeded in that, I suppose, though was appallingly slow. I was at the Bob introduction and remember Bill Gates requiring 17 mouse clicks (I counted) just to open a file during his demo. I knew then that Bob was doomed and said so in print.

Just like every other writer who mentions Bob, I’ll take the low road here and recall that the Microsoft product manager for Bob was Melinda French. Who was going to tell the future Mrs. Gates that 17 clicks were too many?

But back then Microsoft, not Apple, was the $600 billion gorilla and could afford such indulgences. The company's market dominance has allowed it to survive any number of bad OS releases. Remember Windows ME? Remember Windows Vista? But those days are past, desktops are in decline and Microsoft doesn’t control the emerging mobile platforms. So the company tries very hard to use this new Windows release to help gain the upper hand in mobile.

It won’t work because you can’t takeover mobile by hobbling the desktop. By adopting a common code base for both desktops and mobile all Microsoft is doing is compromising both.  This is not good but I’m fairly confident it will also be shortly reversed.

Using Windows 8 preview the first time, three words came out of my mouth were “How do I?” and then frustration. Have you tried it? It is not intuitive. Power users will persist and figure it out, but Mom and most everyone else will not be happy.

Microsoft took away the Start button and forces you to boot on the Modern side (Metro). There is not much in Metro for traditional PC users.

Removing the start button will confuse everyone and is a step backwards.

And developers, a vital Microsoft constituency, don’t like it either.

This too shall pass: I predict that Windows 8 Service Pack 1 will add the Start button back and allow you to boot directly into your desktop again.

Microsoft is a resilient company and will survive this misstep just as it has so many others. But what’s important here is not the bonehead design moves, but that they’ll be little to no help in the tablet and phone markets where Microsoft so desperately needs to succeed.

Just to be clear, here’s Microsoft’s internal business strategy as I understand it: In order to regain mobile momentum the company deliberately hobbles the desktop side. That way Microsoft can reasonably claim desktop sales as mobile sales and vice versa. What better way to pick up 100+ million “mobile licenses” in the next 12 months?

Only it’s BS. And even if it weren’t BS, even 100 million licenses aren’t enough to be the first or second player in a product space that will shortly have a billion units.

By overreaching with Windows 8 Microsoft not only won’t succeed, it is for the first time in 30+ years in a position to truly fail as a company.

This is Microsoft's best shot and so far appears to be blowing it.

160 Responses to Windows 8 suffers from the Microsoft Bob effect